Paul Rosenfels: Homosexuality: The Psychology of the Creative Process 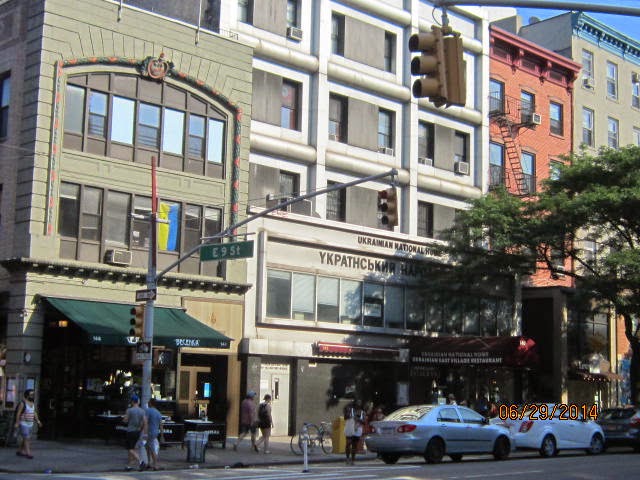 Paul Rosenfels is known as a psychological freedom fighter among his inner circle, much of it associated with the Ninth Street Center in New York. Others view him as a "guru." Paul's particular contribution is a very precise articulation of the paradigm of psychological polarity, or yin and yang, as it had been known in ancient Greece.

Paul sees human beings as, regardless of biological gender, essentially feminine or masculine. A feminine personality finds greatest fulfillment in yielding to and nurturing another person. A masculine personality finds corresponding fulfillment in possessing and motivating another person. This is the basic love vs. action duality. At the deepest level, a person is "turned on" by living out according to his polarity.

A perpendicular axis to all this is formed by the subjective vs. objective duality. Subjective feminines and objective masculines are "unbalanced" and the other two combinations are "balanced." Unbalanced persons tend to insist on following goals chosen by them regardless of the support of others. Balanced persons tend to find satisfaction by following more conventional goals (and maybe limited ones) as determined by the needs and support of others.

The other great concept in Paul's writing is the notion of psychological surplus. This comprises a person's opportunities remaining after adaptive needs are met. Creativity means exploring this surplus. Yet creativity has what many people see as a "downside": people become creative when they mal-adapt in conventional pursuits.

A goal of psychological growth is to reconcile achieving of balance (meeting the real needs of others) with surplus, being able to expand in areas where one has something unique to give. Growth is very difficult, and generally is forestalled by use of psychological defenses, where one erects false power or false surrender mechanisms in a kind of sour-grapes or sweet-lemons mechanism to avoid rejection and pain. Ultimately, one is led back, in a most personal way, to moral issues of determining appropriate personal priorities given the needs of others in one's immediate and more distant environments. Morality, to Paul, is simply what is right in human terms.

The path to growth leads Paul to make some startling observations. For example, to experience full psychological growth, everyone must pass through homosexual territory. In fact, one must choose to experience homosexual potential. A "masculine" man may find being loved by another man more affirming to his masculinity than being "loved" in a conventional fashion by a woman in conventional marriage. A "feminine" man may actually feel fulfilled by surrendering (even sexually) to another person. These possibilities occur in heterosexual marriage and gender roles can be reversed.

Lifelong psychological growth comports with a concept of lifelong adolescence, something that reminds one of the “tweens” tom Tolkien’s hobbits. One is to have the political and social freedom to pursue one’s own psychological well-being, which at least means partly one’s own goals. This is a libertarian idea. Of course, this “adolescent spirit” challenges the idea of religious faith as a determinant of the course or station of one’s life, or even socially conservative ideas of adulthood founded upon committed marriage and parenting (“baby-making”) to meet a larger society’s purposes.

There are economics applications for some of Paul’s ideas. In an economy that is outsourcing more “content-based” work overseas, there is a tendency to grow jobs based mainly on selling or sales culture—manipulation of others, good jobs for masculines. The sales person or negotiator (be it a trial lawyer or even a bill collector) makes the customer or client respect him or even like him for his persuasiveness or charisma. The objection to this comes when manipulative exercise is not ethically justified by the content of what is to be sold, or respect for the sales person is not justified by that person’s being or performance.

My own “polarity complex” is feminine subjective, and that has some moral consequences. I “tick” by idealizing certain other people, based on values chosen by me. This gives me the opportunity to become “the power behind the throne.” There is a danger that this “upward affiliation” lapses into self-indulgence or parasitism. If I am able to get away with it, then I set a disturbing example for a rather oppressive political and social meritocracy. I justify this by saying that I, like anyone, must be held accountable for my own choices, and this accountability might include proving the capability to support others with their real needs. There is a political advantage to this approach in that it reinforces individual rights (and responsibilities). On the other hand, many people believe that social justice must be approached as a communal good, negotiated politically at the group level, and removed from the area of individual rights for their own sake, but this risks freedom because it invites corruption.

For more details, see my DADT book account (at xchap3.htm reference given above), of the Ninth Street Center site given on this site's index page. See also discussions of personal responsibility and of same-sex marriage.

The Ninth Street Center has produced a black-and-white video (available only through the Center at this time), The Paul Rosenfels Video Anthology, of some of the talk groups that seem to come from the 1980’s, in the Center’s basement East Village studio. The quite discussion has the soothing effect of My Dinner With Andre, perhaps, and Paul is at his best here as a teacher, discussing his psychological concepts, especially about the way social conventionality suppresses awareness of depression, in the simplest possible language. There is one participant who seems to be dealing with his restlessness, after an experience in the military (apparently Vietnam) in which he felt compelled to repress his intimate feelings, and Paul chuckles about the military’s naivete (as he sees it) over homosexuality as almost unavoidable in a military social setting. Paul also discusses his philosophy of writing (and even film and video) and the need for a scientific, disciplined approach to presentation rather than just an inductive one.

There is another book from the Ninth Street Center, We Knew Paul (1990), edited by Dean Hannotte (after Paul’s death in 1985) that gives interviews with a number of the participants.

The “Ninth Street Center Handbook” is available here.  The main link for the "Paul Rosenfels Community" today is here.
Posted by Bill Boushka at 5:35 AM