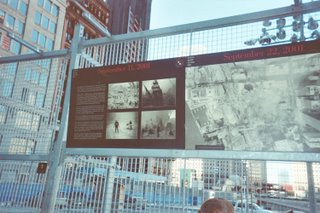 Full title: Americans at Risk: Why We Are Not Prepared for Megadisasters and What We Can Do Now.
Publisher: Alred A. Knopf, New York
Date: 2006

The author is director of the National Center for Disaster Preparedness at Columbia University’s Mailman School of Public Health and is president of the Children’s Health Fund. He has promoted the book on network television in the summer of 2006.

Cable television subscribers know that the History Channel has recently used the term “mega disasters” for its series on a number of terrible possibilities, like huge earthquakes, monster hurricanes (like Katrina), and tsunamis (a much greater danger, even on the East Coast than a lot of people realize, from a possible landslide near a volcano in the Azores), as well as the obvious concern about terrorist attacks with WMD’s (Weapons of Mass Destruction)

The book is in four parts, and it covers some of the well known natural disaster (and terror) scenarios in some detail, with simulations (such as a monstrous earthquake in Seattle) in boldface font. The discusses avian influenza and points out that the greatest danger could come from biological combination of "pandemic" H5N1 with more conventional seasonal influenza – an argument for ordinary immunization as a critical public health measure. The author criticizes the disorganization of our vaccine industry, and our lack of ability to protect manufacturers from contingent liability.

Redlener makes a couple of really salient points. One is that the WMD threat today is qualitatively different from MAD (mutually assured destruction) of the Cold War era. In the struggle with the Soviets, the risk was total destruction of civilization, with nuclear winter. With Al Qeada, the risk is more that there could mass destruction in one city, or a sequence of threats over cities, one at a time.

Redlener also talks about the importance of government coordination of citizen preparation. Still, he calls for "family resiliency." This is a difficult concept for some people in these individualistic times, when many people are single and want to live so independently. But "resiliency" could occur within a neighborbood or city block, and within a same-sex couple as well as within a conventional nuclear or extended family.
Posted by Bill Boushka at 12:41 PM