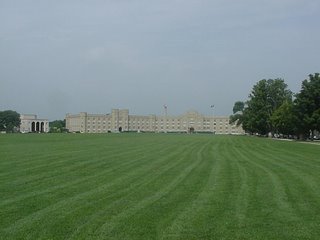 First, there are perhaps two dozen or so books out there that deal with the “gaycon” or “homocon” approach to issues, by or about so-called “gay conservative issues”. One amazon list is Gay, yet conservative.
And a longer list is “Gay Conservative Books”. I respond to the comments in the review of my own DADT at this blog entry (and later ones in the same blog). Central to my own argument (my "Monument to Convolution") is to examine the moral conundrum of "don't ask don't tell."

Paul Robinson’s “Queer Wars: The New Gay Right and its Critics”, University of Chicago Press, 2005, 170 pages, covers Bruce Bawer, Andrew Sullivan, Michaelangelo Signorile, and Gabriel Rotello. Sullivan, remember, was at one time Editor of The New Republic, which in the 90s was considered the quasi-liberal competitor to William F. Buckley’s National Review. But TNR has always been much more centrist, and sometimes conservative (while progressive) then, say, The Nation or Mother Jones. Sullivan, in his 1996 book Virtually Normal, had proposed his own “gay Nolan Chart” with the corners being Prohibitionist, Liberationist, Conservative, and Liberal.

Robinson provides an insightful discussion of the deeper levels of conservative anxieties about publicly visible homosexuality, especially in the level of self-consciousness it raises in otherwise committed married heterosexuals raising children in new societal expectations that they “compete” to prove their worthiness outside of marriage. The concept of letting committed heterosexual couples experience marriage "in benign ignornance" of unconventional relationships reminds me of "information hiding" in Object Oriented Programming!

Sullivan and Bawer have both written strong positions against radical Islam, especially Bawer in his recent "While Europe Slept." Sullivan's important recent book is "The Conservative Soul."

Robinson talks about animosity among "gay intellectuals" even within a particular camp. It is true that once someone publishes (or gets published by a conventional trade publisher) a controversial book, he or she will have a "reputation", objectively deserved or not -- this has always been so, even before there was blogging and personal sites, which, of course, now can be set up to defend one's work or credibility. Of course, if you aren't going to create controversy, why publish, except for $$$ (then it may have to be what other people want -- the stereotyped advice in Writers Digest).

A good comparison is Richard Goldstein's Homocons: The Rise of the Gay Right (Verso, 2003, with afterwood added to the paper version addressing Lawrence v. Texas). What's interesting here is Goldstein's balkanization of moral thinking into different groups that most compete with each other on a political stage. There is a certain denial of , well, faith here. True, gay liberation started in the Left because the "family values" of the Right, however utopian, were so easily corrupted as a vehicle to preseve unearned privilege and oppress legitimate minorities -- a fact that fits into the "fair individualism" theories of gay neocons.

I have a more detailed review of Robinson's book here.

Picture: Virginia Military Institute (VMI), Lexington, VA (a hard place to live with DADT, to be sure)
Posted by Bill Boushka at 11:48 AM