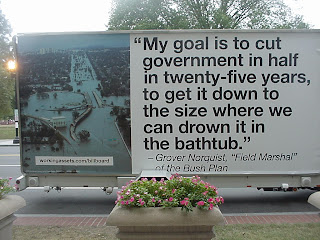 There are a few teachers’ education textbooks that put teacher free speech rights in an objective perspective. One is “Public School Law: Teachers’ and Students’ Rights,” Allyn and Bacon, 1998. with a chapter on free speech for teachers. The authors are Martha M. McCarthy, ; Nelda H. Cambron-McCabe (Miami of Ohio), and Stephen B. Thomas (). Another is Education Law, 2004, by Michael Imbler, , and Tyll van Geel, , Lawrence Erblaun Associates. The tone of these books is clinical and distant, as academic books must maintain an impersonal posture.

In the 1950s it was common knowledge that teachers could be fired for expressing views contradictory to that of their school boards or parents. From the 1960s through the 1990s, a series of court decisions (, Givhan, Connick, etc) buttressed the idea that teachers have a presumption of a first amendment right to speech that deals with issues of public concern. The legal standing of the speech does not depend on the mode of communication, such as private or public, or on the technical mode of public communication, although it may depend on context and circumstances and what lawyers call “implicit content.”

On the other hand, specific complaints and private comments about oneself or others have little or no first amendment protection, unless they have impact on a public issue. In some teacher speech cases, administrators may try to show that the speech was essentially “personal.” Now probably the substance of all this is that, normally, a workplace dispute should be resolved by “going through channels” – one’s chain of command or one’s union – before the matter is made more public. In this context, collective bargaining and union membership or organizing still has a lot of legal protection.

This is testier in really personal matters, such as when a teacher discloses homosexuality or bisexuality. This had gradually gotten more protection from the courts. In 1985, an law that would have banned teachers from advocating homosexual lifestyles even off the job was struck down by the 10th Circuit. The v. (2003) decision by the Supreme Court would seem to give lower courts indirect guidance to regard personal speech about sexual orientation as a political matter, since it would no longer be an indirect admission of a propensity to violate the law. Some gay persons will argue that openness about sexual orientation is essential to personal integrity, because otherwise one is “subsidizing” the heterosexual lives of others without participating in them as oneself.

The use of the Internet, blogs, social networking profiles and the like would seem to complicate the matter in the future. Although school boards face political fights over curricula regarding education in sexual matters, more resourceful students will find information they want from the Internet themselves, and some of this could have been authored by their own teachers themselves with their own personal resources and easily located by search engines.

Even when speech serves to highlight a legitimate public issue, school boards may restrict speech that threatens to disrupt or jepoardize the security of a school environment. Sometimes the manner which the speech is uncovered (such as whether the teacher draws attention to it at school) is relevant. In some cases, courts held that personal speech could be proscribed even when it did not jeopardize the school environment, so modern personal speech that has obvious political implications can represent a challenging gray area.