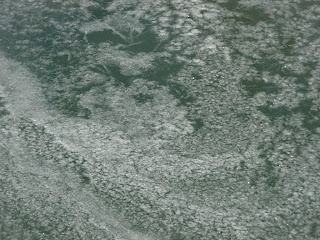 This book got mentioned in a Ninth Street Center chat room (along with some books by Seligman and Peterson) It isn't a self-help book in the usual sense; it is more an academic-style accounting of various philosophies of personal happiness. The author mentions a lot of dualities, starting with the physiological ones, and one can correlate these to theories by Laney and Rosenfels.

But the most important issue, it seems, is Haidt's desire to refute "utopian" thinking itself, the kind of attitude that comes from knowing that one is "right" -- the sort of thinking that ultimately can lead to religious fanaticism. Demographic diversity is good, he says; moral diversity is more troubling. But a moral paradigm can form the foundation for how one gets satisfaction in life. Think about "religious right" attitudes toward sexuality. One idea is that the derivation of moral righteousness from external authority (from scripture) with the possibility that it cannot be questioned (a process recently discussed by Andrew Sullivan in The Conservative Soul) protects people from having to account for their own "performance" in life as individuals. In the area of sexuality, such a process may protect marginally heterosexual men from the possibility that others can criticize them or perceive them as inadequate. From a societal point of view, such an attitude might be part of defending traditional marriage as an institution.

If you accept any moral philosophy as an ideology that you must live by, you will find yourself driven into contradictions. (It's sort of the way you prove that Euler's number e must be an irrational number.) Vatican social morality sounds like a beautifully closed circle -- and it gave us simony and generations of priests that use their power to commit abuses. Personal sovereignty and automony -- along with adherence to the libertarian "harm principle" -- sounds like a good non-sectarian moral guide -- until you realize that it drops a lot of people on the floor, and doesn't seem to address huge problems like the environment, global warming, pandemics, etc -- things that family loyalty and social cohesion are supposed to deal with. Or does "the harm principle" really work after all>
Posted by Bill Boushka at 7:45 AM