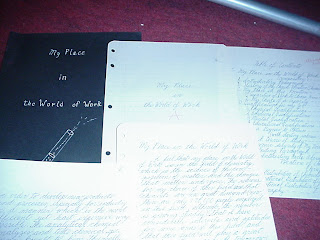 Philip Gold. The Coming Draft: The Crisis in our Military and Why Selective Service Is Wrong for America. New York: Ballantine, 2006. ISBN 0-89141-895-4. 231 pages, indexed, hardcover. On Nov 16 on this blog, I reviewed a book called "AWOL" that was particularly concerned about the overrepresentation of the poor or disadvantaged in the military, a point that Charles Rangel and Charles Moskos have emphasized in urging a return to military conscription.

Gold's book, as it reads, really doesn't seem to back up the idea that old-style military conscription is inevitable, even given circumstances with Iraq, Iran, and North Korea. He gives a lot of history, and emphasizes that much of the political power related to conscription has always been decentralized to local boards in the Selective Service system, an arrangement that allows the "playing God" with young men's lives (especially deferments) to be managed by local communities. How tidy. Selective Service, he argues, was never really that effective anyway.

He does point out the fact that an obscure federal law actually defines an unorganized civilian militia, and he argues for developing that concept into a national service with a lot of strong carrots, and maybe extra taxation for those who don't or can't serve. He does mention the "don't ask don't tell" policy with regard to gays in the military, without definite conclusions but I believe he would agree that the policy should be tanked.

I actually corresponded with the Selective Service system by phone and mail quite a bit in 1996 when I was working on my first book.

The Associated Press reported in mid February that the Army and Marine Corps were now accepting recruits with certain misdemeanor criminal convictions (like some drug offenses), in order to meet quotas. Consider the absurdity of this: accepting criminals, in an era when (open) gays cannot be accepted. (Okay, you can talk about Lawrence v. Texas, as well as UCMJ 125).
Posted by Bill Boushka at 7:44 PM

A return to conscription is not inevitable, if We, the People, manage to organize ourselves seriously. Which means that the anti-war movement has to get a lot more serious. As it is, all it does is turn off, by the millions, people who are increasingly appalled by this war. More largely, it means We the People need to start thinking of ourselves as citizens again-not taxpayers, not even voters, and sure as hell not consumers. But citizens who are this Republic, and who are, and have the right to be, responsible for it.

Right now, there is a strong possibility that we could see ourselves saddled with a draft. Our Army is broken, the Marine Corps is close behind, and the Air Force and Navy are shrinking. Militarily, we are in far worse shape than many people either realize or are willing to admit, and our enemies work together. Just because giving the Executive and Congress a blank check on the bodies of our young people, in the hopes that it will make them responsible, is as bad as giving an alcoholic management of a liquor store to sober him up, doesn't mean it probably won't be tried.

Don't Ask, Don't Tell-your sense is correct. His statement about DADT, that it will remain in effect until the nation asks it self whether it is the American way to exclude entire groups based upon what some individuals may or may not do, and what other people feel about them, very clearly expresses his belief that this is not American. Much less right. (Perhaps once necessary because of widespread, violent homophobia, but that would have indicated the need for social change, including honorable dealings with gay servicepeople, while the military and the rest of the country got its head straight. But that's very different.) Or as I wrote in my own book, Women in the Line of Fire: What You Should Know about Women in the Military, both women and gay people are citizens, and thus have the right to particpate in and the responsibility to provide for the common defense.