Robert P. George and Jean B. Elshtain: The Meaning of Marriage 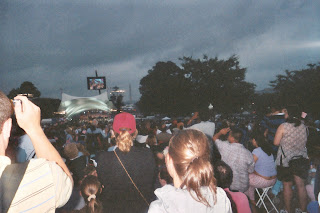 Don Browning and Elizabeth Marquardt: “What about the Children? Liberal Concerns on Same-Sex Marriage”

Jennifer Roback Morse: “Why Unilateral Divorce Has In a Free Society”

David F. Forte: “The Framer’s Idea of Marriage and Family”

Hadley Arkes: “The Family and the Law”

Robert P. George: “What’s Sex Got to Do with It? Marriage, Morality and Rationality”

Katherine Shaw-Spadt: “The Current Crisis in Marriage Law, Its Origins and Its Impact”

M. Bradford Wilcox: “Suffer the Little Children: Marriage, the Poor, and The Commercial”

One can tell the line of argumentation from the table of contents. The underlying thought throughout (especially in George’s own essay) is that marriage is an intrinsic institution (as compared to an instrumental one). Another important idea is that marriage is necessarily sexual and conjugal. Several of the essays try to show, almost mathematically, that the paradigm where the state simply butts out does not lead to a libertarian practical result. It’s almost like a mathematician’s proof by counterexample.

One cannot argue with the idea that marriage is good for people and for kids, or quarrel with any of these precepts at an intellectual level. My concern is, what is the effect on policy is on those who do not reproduce. Browning and Marquardt get into the notion of “kin altruism” and go into some detail on liberal social policies regarding deference to the needs of parents in the workplace and non-marital contracts; she indirectly admits that people who do not have children will make some additional sacrifices. Morse talks about the fact that when families fall apart because of excessive autonomy among its members, parents may not be supported in old age. Morse also points out that some legally driven "public morality" may be needed in order for parents to have something concrete to bootstrap the moral growth of their kids, even to meet libertarian objectives. Sugrue points out that weak families result in more state involvement in people’s lives, sometimes with individually catastrophic outcomes. Shaw-Spadt does deal with the former prohibitions against homosexual acts, discussing Bowers v. Hardwick (1986) and Lawrence v. Texas (2003). She writes that in Lawrence, Justice Kennedy went through tortuous perambulations to protect the dignity of homosexuals without implying that homosexual acts were a “fundamental right”, and Scalia took this further, claiming that the intellectual trap was being set to force eventual recognition of gay marriage (especially because of equal protection arguments). She suggests that Kennedy's appeal to personal autonomy can lead to another contradiction: if every adult in a family is autonomous, there is no family as such and no family law (does that apply to adult children, too? Can someone comment?)

As far as how people inclined to homosexual attraction (and desiring to act on these attractions) are treated -- as second class citizens, and sometimes with considerable interference in their personal lives by meddling others -- the arguments in this book suggest an unpleasant corollary: most "normal" people need to be kept away from extra-marital temptation (including homosexual) in order to have enough incentive to remain interested in one opposite-gendered marital partner for a life time, perform with some complementarity, and create and raise and hold together a nuclear family. There is a bit of duplicity and intentional "irrationality" in the personal development process that makes heterosexual marriage reasonable for many people. The problem is that social and political systems designed to maintain duplicity always become corrupt, and certainly inequitable when dealing with large competing classes of people.

What all of this means, ultimately, is to get beyond the paradigms and intellectual essay maps, and get down to what this means is to how people should behave when there is such unequal sharing of the responsibilities of caring for people among generations. Let somebody write a book about that.