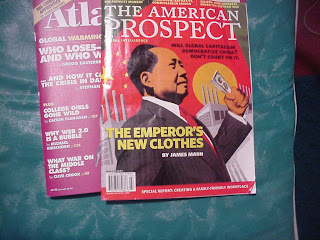 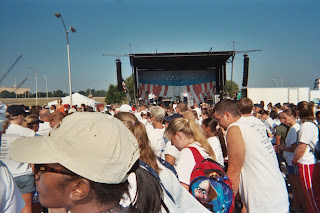 Draut’s summary essay really does zero in on the problem. “In America, child rearing is a private responsibility, not a social one, which still means the buck stops with mom. There is no ‘village’ to provide a helping hand in raising children, and it’s not at all clear that parents think there should be.” Later she points out that most well-to-do families perceive themselves as “middle class” so the “real middle class” lacks the political solidarity it needs to get real help.

But, of course, it’s unsatisfying, it not irresponsible, to pose this question without figuring out the impact on other individuals, including the childless. You can say, for example, that everyone should own up to responsibility for others in some fashion; otherwise, yes, a singleton will wind up doing more at work for the same pay and being cut out of some kinds of opportunities that require real socialization.

Making employers cough up paid family leave of various kinds of course could reduce opportunities. Freelance and contractor jobs (as in information technology, and often with writing) provide wealth and income and they could be jeopardized. Free speech and free content on the Internet depends partly on this mechanism. But there really is a problem with the “salaried professional” workplace. In the late 1980s, with all of the leveraged buyouts and hostile takeovers, employers began to realize that people without family responsibility would do more work for the same pay (including more of the nightcall carrying pagers), and during layoffs people with family responsibility could be edged or lowballed out. (Hence, discussions of "family responsibility discrimination".) Extreme capitalism or market fundamentalism doesn’t always produce socially stable results, even if it pushes up productivity in the short run.

Some of the articles emphasize the changing roles of women, as they entered the workplace and advanced, sometimes making the two-income family almost a necessity, and pressuring stay-at-home moms, and even changing we way men feel about what makes their spouses attractive. They explore this in quite a bit of intellectual detail. They never get around to discussing the effect on gays and lesbians. I suppose that most of the more liberal contributors would extend the benefits to gay couples with children and support gay marriage and adoption, but that is speculation. People without their own kids can wind up with serious eldercare issues, and feel ashamed to ask employers for help.

The writers do discuss European workplace benefits, and a good question is whether European paid benefits systems could work here, as single-payer health insurance could free employers of the burden of health care in exchange. But that raises all kinds of other questions about how well the European economies work, although the family-friendly policies are helping birth rates recover.

The April 2007 "Atlantic" also has Clive Crook "What War on the Middle Class?" -- which maintains that the middle class isn't hurting so much except for the real problems of pension and social security bankruptcy, and runaway health care costs, which require sacrifice, public expenditures, or taxes. But what is the middle class?
Posted by Bill Boushka at 8:19 PM