Rhonda Byrne's The Secret: the paradox of giving and sacrifice 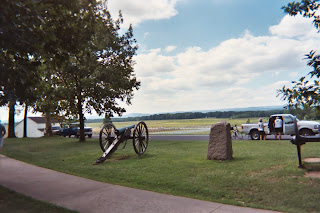 This book is so much reviewed on the web that it is pretty much a “non-secret.” The “secret” is the Law of Attraction. The book presents some Rosenfels-like concepts like the Creative Process, and Love and Action, with a more centralized notion than in the polarity theories of Paul Rosenfels.

Of particular interest and controversy is her distinction between giving and sacrifice (p 118). Giving comes out of love, from what you have developed and can offer to others. Sacrifice is a loss of self and the goals of the self because of the practical needs of others. It implies lack and failure. This point has stirred anger and resentment on the web, as some people see sacrifice as central to a concept of social justice, or the sharing or burdens needed to achieve justice.

I certainly relate to the idea that one’s own thoughts have an influence and create energies that take one through life and influence others, even if one does not beget his own children. When I lived in New York in the 1970s, I attended a few meetings of a group called “Clearer Skies,” run by singer Paul Wagner – and one of the speakers was a witch, who presented witchcraft as simply the fact that “you create your own reality.” That can affect others, and did so ever since ancient times. Jesus knew how to use this power to make himself very public in an era two thousand years before there was a Myspace.com. This sort of wisdom is sometimes held to have created "the invisible empire of the Rosicrucians" (reference to AMORC). I look back on my life and see lots of curious ironies and twists (as would befit a novel) that are meaningful to me but hard to explain except in a screenplay.

The book has a DVD film, more expensive than the book itself, distributed by Drew, and not yet available from Netflix.

The book was discussed on ABC "Nightline" on March 23, 2007, with physicians and scientists maintaining that is dangerous to rely on the precepts of the book.

"Nikki" suggests this correlated link (about the Seven Spirtual Laws), which I pass on to readers. 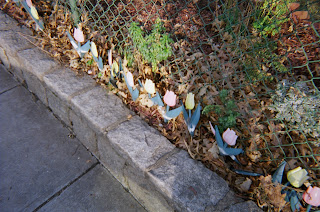 Oprah Winfrey discussed this book today, interviewing Louise Hay. The guest said that we create matter with our thoughts all the time, that this comes from quantum mechanics. She did talk about forgiveness as a "letting go" of something, and presented life as a kind of emotional openness. Link is here. Another link is here.
Posted by Bill Boushka at 6:18 AM

Stephen Cardinal asked me to post this: (apparently the event is in Iowa, please check the URL's)

I am student at the Maharishi University of Management and we are hosting the 2nd annual David Lynch Weekend here on our campus.

I read you blog about the Law of Attraction and thought that your readers might be interested in hearing about this special weekend where David Lynch will speak on topics such as meditation, consciousness, and creativity. He will be joined by Dr. John Hagelin (featured on: What the Bleep, and the The Secret). Dr. Hagelin will present recent discoveries in modern physics and brain neuroscience, which reveal deep insights into the origin of the universe—and the nature of human consciousness.
Finally Donovan will be there to perform his hits from the 60's on Saturday night of the weekend.

check out the site: www.lynchweekend.org

and feel free to post a graphic on your site from this page.
www.lynchweekend.org/media

Anonymous said...
This comment has been removed by a blog administrator.
7:22 PM