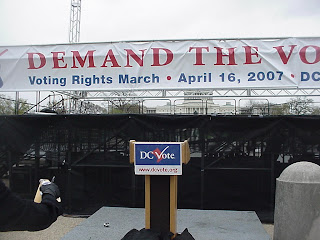 This book, reportedly self-published, is available in updated edition and purports to have sold over a million copies. The title characterizes the author as “The Leading U.S. Expert on the Mindset of Poverty, Middle Class and Wealth” and there is a banner “A Must-Read for Educators, Employers, Polucymakers, and Service Providers.” The book is in nine chapters with introduction and conclusion, very detailed research notes, an appendix and index. There are many charts, tables, and illustrations.

The greatest value of the book is the way it explains the psychological mindset of poverty. In particular, it contrasts the mindsets of poverty, the middle class, and wealth. All classes have social patterns and values that tend to become self-generating and reinforcing. Generational poverty invokes its psychological model more than does situational poverty.

Poverty tends to encourage social values that emphasizes the physical over the mental, survival over creativity, and the concrete over the abstract. And it tends to emphasize people over things. Self-interest in the poor community seems short-sighted to a middle class person as it seems to invoke much more about reciprocal relationships with other people, and especially the relationships in the family, which is often matriarchal. Self-expression, abstraction, foresight, and the ability to choose one’s own social network are encouraged by middle class economics (I add here, whether straight or gay). All of this affects the concepts, skills and content that students can learn in the school systems, and the way they respond to it. Teachers are often befuddled by the “immaturity” (and sometimes “dishonest” behavior) of kids, but “personal responsibility” as a classical liberal young adult understands it is a mindset that has to be built in a series of steps and only works in an economic climate that allows a surplus for creativity and self-expression.

Gradually, she builds up her own model for teaching, which involves relationships (because teaching takes place outside the brain, whereas learning takes place within it) that express the idea of "deposts" and "withdrawals." She believes that her paradigm would apply to most children affected by intergenerational poverty, and reduce the emphasis on special education and individualized education plans.

DeVol expands upon this with his “additive model” for learning the values (or “hidden rules”) of other classes of people.

All of this reflects a moral debate about poverty and unequal opportunity. The liberal solution is generally more programs and more aggressive anti-discrimination or affirmative actions measures. But on an individual level (and DeVol points this out) it would call upon middle and wealth classes to share some of the experiences of the poor, at least learning to empathize with them. As a substitute teacher, I was practically run out of one classroom of low-income students who refused to respect me. It seemed that I was an insufficiently “masculine” man to respected without children, but the real problem is that I did not share their need for immediate empathy and connectedness with others. Some social conservatives seem to appeal to lower income interpersonal values to develop a theory as to how healthful heterosexual parenting and marriage is supposed to develop. The authors of the book,, however, maintain a largely professional, rather than moral, view of the way empathy is shared.

Ian Shapira has an article about this book: “Author’s Poverty Views Disputed Yet Utilized: Materials Have Guided Va., Md. Teachers”, April 15, 2007, The Washington Post, at this link.
Posted by Bill Boushka at 6:42 PM

As a volunteer in a community poverty reduction project, despite a year of volunteer action, I still haven't found the Frameworks book by Ruby Payne: A Framework for Understanding Poverty. As the project seems to fizzle with grant funding possibly diminished, I began to search for current commentary about other experiences and found your very helpful blog:

A seminar by Dr. Donna Beegle and an article by a Newsweek columnist are providing more support about my observations of successful skills needed to move forward with this community's goals.

by Julia Baird about Dorothea Lange

My greatuncle, schooled in a two year teaching college, taught in a one-room township school until World War I, when he left the community forever. Of his nieces and nephews, three have been educators, at least two have worked as activists, many as farmers and technical workers.

Planning long-term goals for success, hitching wagons to stars was part of the family chatter and continues.