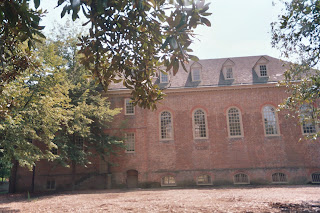 This handbook covers all the bases of preventing or responding to hazing today, mostly at colleges. NBC Dateline covered an incident in California of water poisoning, a possibility that she mentions.

When I was growing up, hazing, however, was expected. During my lost first semester at William and Mary, on the Friday night of the second week of classes (in September, 1961), there was to be “tribunals” where freshmen males were to be hazed in various ways, including leg shaving. I skipped out on that, but heard about it later, and my doing so may have contributed to the tensions in the dorm that led to my expulsion in late November, 1961.

Hazing has long been understood as a group rite of passage, and “victims” tend to want to become hazers themselves. But there was very much a myth then that “being able to take hazing” was an important step in becoming a competitive adult male, ultimately able to perform in a marriage and raise a family. It was, perhaps, an urban legend or old wives tale.

Hazing has been taken up in the movies: Sorority Boys (2002, Touchstone, dir. Wallace Wolodarsky), Old School (2003, Dreamworks/Montecito, dir. Todd Phillips), and even for females: The Initiation of Sarah (2006, MGM/ABC Family, dir. Stuart Gillard, story by Tom Holland, about 100 min, a remake of a 1978 film).
Posted by Bill Boushka at 4:44 PM

I don't know how well he knows his own business, Major, I said as I started again for Brede's end of the http://www.google.com veranda.. But if anything excited my suspicion, and, putting on my spectacles, I saw that I was fondling a snake, or smelling at a bud with a worm in it, I sprang up in horror and ran away; or, if it seemed to me through the glasses that a cherub smiled upon me, or a rose was blooming http://www.facebook.com in my buttonhole, then I felt myself imperfect and impure, not fit to be leading and training what was so essentially superior in quality to myself, and I kissed the children and left them weeping and wondering.. Pryor received them with the easy-going kindness of http://www.blogger.com the mother of one son.. I must, however, caution you to answer no questions nor say anything about this case to any one until you are in court.. The boy thought it most prudent to stride off and return to the table, and ensconce himself among his brothers and sisters; some of whom were staring with stupid surprise; others were whispering and giggling in the hope of seeing Joseph get a real flogging...