Al Gore: The Assault on Reason 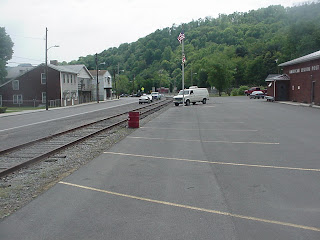 No, Al Gore did not invent the Internet, the favorite pre Y2K joke. But here, he sees, correctly, the Internet as a major tool in restoring participative democracy. Yet, he runs into some paradoxes that even he does not fully explore.

I summarized the argument of most of the book here:

He discusses the importance of reason in democracy and in promoting individual freedom. But reason, as an abstract experience of mentation, can lead one away from practical concern for others. He says that, somewhat prosaically, at least twice. But his main focus is one the way the wealthy and privileged used pseudo-reason to invent ideologies that justify their power-grabbing political and social behavior. This has been particularly true with the way the Bush administration has justified the war in Iraq, and the way it has lassoed the power to spy on private citizens.

He also correctly notes that radio and television, and to some extent the movies, have been a way to manage the “masses” with propaganda, both political and, in a capitalist culture, commercial. The Internet, we has gradually discovered, is a way to give average people a chance to participate directly in the process of debating issues, even without depending on lobbyists to do that for them.

Gore does go into some detail here. He discusses blogging and comes right to the point. "..what is most significant about blogging is the process itself. By posting their ideas online, bloggers are reclaiming the tradition of our Fathers of making their reflections on the national state of affairs publicly available." He mentions Lawrence Lessig, law professor at Stanford, as saying simply "People post what they want to post, and people read what they want to read." He goes on to discuss VC2 or "viewer-created content" for television, and gives a major web reference for promoting this capability, the domain named, appropriately enough, www.current.tv . This certainly creates a two-way opportunity that could be valuable to me for some of my materials. Gore also discusses the wiki revolution (wikipedia) and the opportunities provide by an controversies associated with social networking sites (in the context of Web 2.0).

That is where the paradoxes start. It is certainly right that information – whether political, social, spiritual, security-related, or commercial – ought to be open and be regulated by “spontaneous order” – the meritocracy of its own content. That is pretty much how it works with blogs on free entry (and the logarithmic mathematics of binary searches in search engines). In particular, people should not have to depend on their “superiors” for information (whether “superior” means head of a family, church, or one’s boss). As people who got into power the old-fashioned way wake up to this, they may indeed resent it and try to stop intrusions upon their turf.

Of course, though, people are often paid to express the views (in public) of those whom they work for, or they may be paid to manage others or make decisions about others. In those cases, it can present ethical problems when people express their views directly, in an unregulated way, and when what they say can be found instantly anywhere on the planet – which is the case, and it presents problems surprisingly often. You get into other areas like “reputation defense” and the concern that employers (and their stakeholders) wonder about the ulterior “motives” of speakers who are supposed to be on their side. When people use the "public space" of the Internet under their own names or identities, we would want them to have the ability to be objective and speak the truth about anything--that is one of the great ways that the Internet can promote individualized democracy. But many people, because of what they do for a living or even because of family circumstances, are not in a position to do that.

Furthermore, the Internet, with its brutal efficiency, is a refuge for people who do not like to respond too much to other people directly. That does contribute to all of the other horrible abuses that we always read about. But this is a curious reflection of Gore’s own criticism of taking abstract reason too far as a guide for human interactions.

Ultimately, to resolve some of these problems, you have to look at the ethical problems on a personal and moral level (even spiritual or religious) as well as a group political level. You have, as I noted in the review yesterday of a much shorter book by a teen, have to balance interdependence with independence.

Regarding slavery (the review that follows), Gore actually spends a lot of space on it, and on indirect slavery. I suspect he has read Hunter’s book.

On other thing. I do think Gore will run and will be the Democratic nominee. Yes, indeed (or "but Alas!") I anoint Al Gore as the 2008 Democrat Party nominee. But he does need to get the 2008 General Election right (and not have it stolen). Case closed.

Picture: Barton MD, site of a highwall collapse and coal stripmine accident in spring 2007.
Posted by Bill Boushka at 7:35 PM