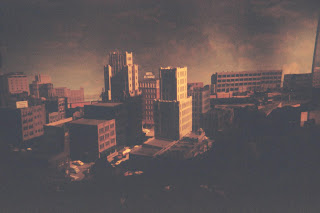 The major media networks gave Mrs. McGreevey’s “counter memoir” about her terminated marriage to the ex-governor of New Jersey, James McGreevey, who stunned everyone with his announcement “I am a gay man” and resignation from the New Jersey governorship after one of his aides threatened to expose him for an improper appointment and other problems.

Mrs. McGreevey insists that she was the naïve wife, and essentially that she felt used – even as James gave her a child. There is a lot of detail here in the book, but she never quite covers, although she does mention, the underlying point: James McGreevey regarded heterosexual marriage with children a “performance requirement” to be respected by others as a male who had anything valuable to contribute to the open world.

Now, that is a philosophical point that can lead us to all kinds of dead ends. There are areas of life where it matters that one has become a biological parent and knows the experience of heterosexual marriage, even if it is not forever. Or, if society did not insist on the idea of a child’s biological “birthright,” maybe gay men could gain this experience “with honor” in adult gay relationships (marriage, that is, with parental adoption rights) recognized by the law. We have the arguments come full circle.

In fact, in 1992, Barbara Bush had said something like, “You don’t have to be married to be a success in life, but if you do choose to have your own children, you must make them your first priority” and get and stay married to an opposite-sex spouse. The conditional part of the statement really matters. James never believed it, and Dina Matos is shattered.