The Philosophy of Andy Warhol 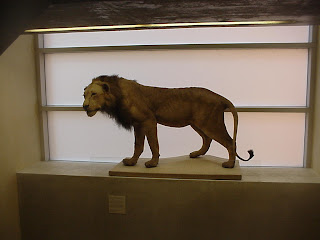 This book of Andy’s own musings has the minimalist red and white “soup can” cover (rather like my own “do ask do tell” black and white “Schindler’s List” type of cover). Inside, it has a discursive “James Joyce”-like introduction “B and I: How Andy Puts His Warhol On”, and then fifteen chapters on various topics, many of them related to “love” – without which one is nothing at all, according to that song around 1970.

Andy has a tendency to step outside of himself and split into different people, rather like what Clark Kent does in a particular episode of Smallville. So he has his alter egos who judge and manipulate his own life.

The chapters are rather like poetic ramblings, not quite a screed as there is no real manifesto. Andy is just being Warhol. Toward the end he writes in some very long, self-indulgent chapters that project is iconoclastic fantasies.

But there are great, cute observations, not quite real feminine “insights”, throughout. Like, “In the 60s, everybody got interested in everybody else.” (P 25). Or, “Fantasy love is much better than reality love.” (P 45). That gets closer to his essence. Later “People’s famtasises qre what give them problems. If you didn’t have fantasies you wouldn’t have problems because you’d just take whatever was there” (p 55). He talks about drag queens and says that a man has to work very hard to pretend to be a woman. Later, he talks about work itself, about graduating from a personal artists to a businessman, whose associates eventually understand your vision and can take and run with it even without you. A man earlier than his time, he has an odd view of computers, which in his day were the emerging IBM mainframes. On p 111, he characterizes himself, with no apology, as a mama’s boy, a “butterboy.” He writes, “I think I’m missing some responsibility chemicals and some reproductive chemicals.”

He must deal with the reality that he is different, that others tend to demand interdependence from him (especially in the Pennsyvlania blue collar culture that raised him), and, to have his freedom, be must become a city person. Indeed he did. And then, he must change how people perceive things, with no male aggression.

This book is sold in the shop at the Andy Warhol Museum in Pittsburgh.