Zach Hunter: Be the Change 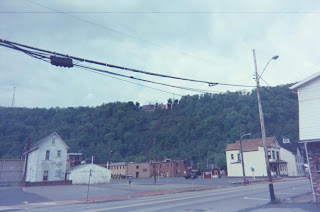 This book has surged in interest this week since ABC “World News Tonight” is covering slavery in America all week, and the teenager author had been presented, in connection with his activism on the domestic slavery issue, on “Good Morning America” on March 15. The blog entry that gives more on this is here. http://billonmajorissues.blogspot.com/2007/05/media-reports-new-book-on-slavery-in.html. It's interesting to note the age of the author, and a writing style which is straightforward and brief. (One could mention here Christopher Paoli, whose first novel "Eragon" in the "Inheritance" Trilogy was finished at age 15 and is already a movie; the second novel is "Eldest").

Zach presents himself as an introverted kid who developed his own character and courage and literally came alive when he discovered this issue. The book is laid out in eleven chapters, each based on a character virtue, and in that sense reminds on of Ralph Nader’s recent “Seventeen Traditions”. In fact, it’s interesting how two books on character, one from the stance of social justice through social liberalism, and the other through evangelical Christianity, can be similar in tone and make essentially the same points about character.

The most interesting virtue is probably “sacrifice”, where Zach talks about sacrifice as something you give up from yourself or your own aims for the benefit of someone else. He also adds a speech context, that truth is not a justification for speech that is intended to hurt someone else. (pp 110-111). But the context of self-interest that he perceives here is already established by social context: one’s family, one’s friends, even pleasing others within one’s church. Self-interest can fail because it is connected to others in unproductive ways.

His last chapter is about “Passion” and he follows with the reference information on using “loose change” to “loosen chains.” The main website is Loose Change to Loosen Chains. One will come out of narrow selfishness when one has a real passion. In my teen years, one passion was classical music. I think I should have become a pianist, and played chicken because of the draft and Cold War. Now, the passion is to release information from social hierarchy and make really detailed understanding reachable to people regardless of social or familial position or religion. Yet, one's passion can test one's faith. For any Christian knows that one needs God (and needs to sacrifice some times) inasmuch as no one can be in control of everything that can affect him or her. We do need interdependence as well as independence. Maybe that's the great moral question of today's 21st Century world.

Zach talks about the movie "Amazing Grace" with discussion of William Wilberforce, Josiah Wedgwood, and the Chapham Sect. Another important movie is "Amistad" (1997) which inspired a "reverse novel" book by Alexis and Alex Pate.

In a modern context, slavery, in practice, surely covers more than just illegal imprisonment into forced servitude (as documented on the ABC News reports this week). It covers unfair dependence on the menial labor of others at substandard wages, as Barbara Ehrenreich has written (book review).

My own discussion of the "fundamental right to be free of involuntary servitude" comes from my second book, "Our Fundamental Rights," Chapter 3 (1998).

There are more details here.

See the blog on the "Four Souls" book on June 2 of this blog. The film "Manderlay" also presents an interesting view on ending slavery, link to review here.

There are more details about recent stories in the domestic slavery issue (such as a recent case on Long Island, NY) here.