Audacia Ray has comprehensive book on women and the Internet 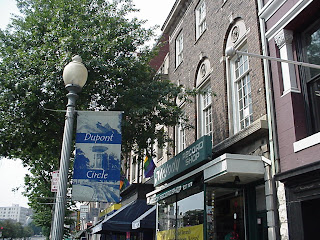 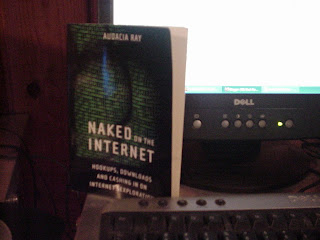 Sunday afternoon July 15, 2007 I wandered into Lambda Rising Bookstore at Dupont Circle in Washington and, hoping to support an independent bookstore, picked up a green and black book about the Internet that seemed, when all was said and done, mainly to be about straight women and the Internet.

Before getting into the obvious explicit stuff, the book gives a surprisingly interesting history of the early days. As early as the 1980s, some people were dialing into user groups by phone modem (probably 2400 baud), and even then groups had problems with “flamers” – people who would join just to show up others. (In 2000, I participated a lot on AOL’s “Movie Grill” group, and one flamer told the group that I belonged in a therapist’s couch because of the interpretation I gave of the film “The Perfect Storm” and the flamer mixed up the director and book author. Another listserver with the Minnesota Libertarian Party had to deal with the taunts of just one poster.) Those were the days of proprietary content on AOL and Prodigy, and before http was the most popular protocol (there was even gopher). I can also remember in 1994 how one techie followed the course of our corporate merger with his own dialup to Compuserve.

She goes on to narrate how some women by the mid 90s had set up webcams to let others watch their daily lives, as a concern for privacy got mixed up with a new kind of narcissism. All of the facilities of the Internet morphed, eventually toward Web 2.0 and user generated content. But women, particularly, caught on to the social networking early. But their use seemed to be social, and they knew the dangers of being found by their employers, long before the major media outlets started talking about Myspace and Facebook hazards.

Here is a rub, because I have written that people with certain publicly visible job responsibilities (to speak for a company or make decisions about others) should not blog in an unsupervised manner at all. That’s to avoid “implicit content” problems that could drive away customers or create hostile workplace legal concerns. Now my context for this political blogging, but it seems that the same problem can come up with social networking. But if you tell someone they can’t “speed date” online because of their job, they will maintain that their “privacy” is invaded (because they have to compete socially who do use the Internet to find partners), but with an Internet around, nothing is private.

The book is Audacia Ray. Naked on the Internet: Hookups, Downloads and Cashing In on Internet Sexploitation. Publication data San Francisco: Seal, 2007. ISBN 1-58005-209-6, 321 pages, paper with URLs, glossary, and notes. Website is http://www.wakingvixen.com/

But yet a lot of this book is not about sex at all, but rather many of the technical and ethical problems that pertain particularly to women (but they also pertain to men). She goes on to give a pretty complete summary of all of the self-promotion tools available, including, besides blogging, but vlogging (video blogging), podcasts and RSS, as well as some insights into the business models behind user defined content (UDC) where there is no scarcity.
Posted by Bill Boushka at 9:26 AM