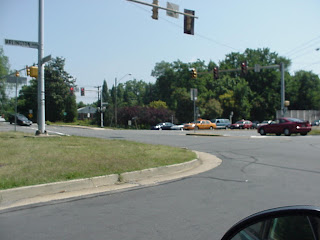 Thomas Nelson presents itself on the web as a Christian book publisher with a specific cultural niche. The subsidiary Nelson Current seems to venture into current affairs from a conservative to libertarian perspective, with an emphasis on religious liberty.

Author Michael A. Smerconish, (website is http://www.mastalk.com ) with his distinctive appearance (don’t compare him to Lex Luthor) has written a lot about the harm of preoccupation with political correctness, and appeared on talk shows. His comments on Infinity Radio WPHT in Philadelphia, and his latest book is Muzzled: From T-Ball to Terrorism--True Stories that Should Be Fiction. Nashville: Thomas Nelson, 2007. ISBN 1-59555-050-X, 292 pages, hardcover, indexed. Introduction and 28 short chapters.

Something unusual happened with Amazon when I purchased the book. Despite its 2007 date and well-known publisher, there were no copies in stock in Amazon's main link. There was a copy at $5.20 in the reseller (or residuals) list, with Amazon itself the reseller, so I got it for that price with no shipping costs. Maybe someone knows what is happening.

The book gives numerous anecdotes of where people have been fired for creating the appearance of lack of sympathy for the politically protected. He gives some valuable discussion of the slavery reparations issue, with details about how companies are investigated and criticized for their indirect benefit from slave trade two centuries ago. Likewise, he discusses native Americans with the complex politics of gaming. He says essentially, we have to move on with things.

He believes that family values are essential to social justice, but he sees no harm, and probably a benefit, in encouraging and recognizing adult same-sex partnerships. Likewise, he takes a lot of issue with our war on drugs, particularly medical marijuana. Do deflate what he sees as self-destructive arguments from social conservatives about the “harm” of gays to family values, he gives an interesting statistic, that after the proper legislative maneuvering allowed same-sex partners to file claims after 9/11, a number representing less than 1 percent of the victims actually did, although it may be that a much larger number of people working in the Twin Towers were gay but did not have partners.

His approach is a bit like John Stossel’s “Give Me a Break”. He is appealing to almost libertarian rationalism and even objectivism, and asking that it guide us past blinding emotion and specific sympathies for those whom we know have been oppressed by the behavior of past generations.
Posted by Bill Boushka at 9:00 PM