Gartenstein-Ross memoir on a year inside radical Islam 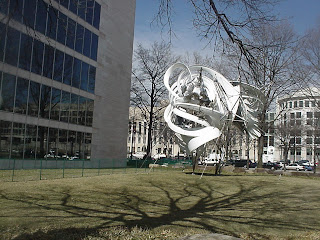 The author, now a lawyer helping with counter-terrorism, went through several religious transformations, starting with a syllogism about the nature of Christ, CS Lewis style, over the apparent (to some people) contradictions about the Trinity and lordship. At Wake Forest in North Carolina, he would convert to Islam, first, he says, out of comfort. He wanted to believe in something. Gradually he would doubt the equivocations of more moderate Islam and wind up working for a radical Islamic charity, the al-Haramain Foundation, near his hometown of Ashland, Oregon. After starting law school in New York City, Greenwich Village no less, the edges of his practice would crumble, he would become Christian. When he went to work for the courts in Washington DC he would need a security clearance, and through a series of conversations with the FBI he would come to agree to work with them as some of the principals of the charity would be indicted for money laundering to send funds to Chechnya.

Christiane Amanpour interviewd the author toward the end of her segment “Muslim Warriors” in her three-part series on CNN, “God’s Warriors.”

It seems remarkable how he gets seduced by the world of radical Islam. Working for the charity, he first finds out that he is not free to express his own ideas; all idea come from Allah, or Mohammed – aka the authorities who speak for the faith. He is surprised at how his bosses quibble about this, and yet he comes to accept it. Then there are the myriad rules, about prayer, about not having a savings account because it draws interest (there is a discussion that Muslims associate interest and usury with Judaism), about beards, about the length of trousers. The rules get to seem more unreasonable as they expand into the world of “otherness” that expands to absolute righteousness and moral certainty. It becomes a life that cannot tolerate differences for exceptions for any reason. Persons are not free to leave the “faith.” He explains apostasy well.

Late in the book he discusses Islamic marital courtship, which radicals claim is superior, making sure that a couple can spend a life together. But it sounds like a canard. The “moral perfection” through the immersion into the life of Islam seems like a good excuse to avoid emotional intimacy with others on their terms and the ability to accept the imperfections of others and remain intimate – something that marriage and family life demands. Yet, with only some tinkering, it would seem that religious faith is supposed to promote this openness. Maybe the Christian idea of forgiveness is essential to this process.
Posted by Bill Boushka at 6:55 PM

Anonymous said...
This comment has been removed by a blog administrator.
10:37 PM