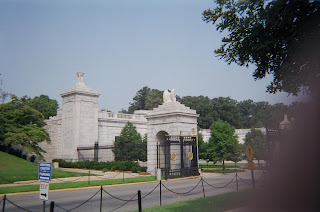 This is the biography of Kathleen Soliah, who was part of the Symbionese Liberation Army (SLA) in the 1970s, She was indicted for participation in bank robberies by fled and assumed an alias, married, and lived in Minnesota until her arrest in 1999, followed by extradition to California, a recanted guilty plea (after 9/11) and eventual sentencing.

Ms. Hendry discussed this book at a Writers Conference in Minneapolis in the Summer of 2002, as an example of a self-published book. She indicate that she had difficulty getting some book columnists to review self-published books. But the presentation is quite professional: interesting red and white cover with a picture

The early part of the book gives valuable history of the extreme Left in its resistance to the Vietnam war, including the draft, and the extreme indignant moralism of the Left, which led it into terrorism, where it used very blunt tactics to attack the "decadent capitalist rich." It was determined to force a "cultural revolution" by expropriation and force. The determination of the SLA to forcibly “right the wrongs of the world” in the left-wing sense that some people get what they have by “exploiting” the labor or poverty of others is very clear, and this shows up in connection to the whole draft deferment and Vietnam issue. Their ideas make an interesting comparison to more conventional ideas of morality, as well as to the ideology of today's radical Islam, which bears a collective resentment from a religious rather than economic source. The book mentions a couple of left-wing "manifestos" authored by SLA members. The word "manifesto" (sometimes applied to my own first DADT tome) has become a bit of a pejorative.

The book goes into detail about the Patty Hearst kidnapping (Hearst's autobiography is called Every Secret Thing (1982), co-written with Alvin Moscow.)

It would have been incredible to live for over twenty years in hiding, an exemplary "selfless" life as a soccer mom in some many volunteer efforts, and know that any day there could be a knock at the door. The account of her freedom is rather brief, but the details of her prosecution and politics of the plea bargaining are quite detailed. Her "egolessness" was her undoing.

Sara Jane Olson has been released on parole. The story by Daisy Nguyen is "Ex-SLA Member Freed From Calif. Prison," link here.

March 23: The latest now is that this was an error, that Olson is back in prison, and cannot be released until 2009 (NBC4 in Washington).
Posted by Bill Boushka at 5:54 AM

Hi Bill,
found this entry in your blog when searching for "Sharon Darby Hendry" I am linking to your review from our website, (soon to be launched) www.cablepublishing.com. We are the publisher of Soliah, The Sara Jane Olson Story.
Quite a prolific blogger! I've gotten sidetracked and have read many other posts, and now see your other blogs too.... I'll be interested in reading about "don't ask..."

I found your post while looking around for Sara Jane Moore and will link from my site.

I'm quite familiar with Sara Jane Olson from a research point of view. I wrote a book about Sara Jane Moore---and there was always a question as to how she came up with the "Jane" part of her name. Her birth name is Sara Kahn. Her mother's maiden name was Moore.

During my research phase, I did a lot of digging on the Symbionese Liberation Army--as that is how Sara Jane got involved with People in Need, Randolph Hearst and the entire politically radical scene.
Popeye Jackson, Camilla Hall, Cinque,Patricia ("Mizmoon") Soltysik, Nancy Ling Perry, United Prisoners Union, Tribal Thumb, George Jackson and the Soledad Brothers, New World Liberation Front, and I could go on and on.

I'm interested in the fact that the author self published? Did she feel it was a preferable option in order to have more control, or was she having difficulty in find a publisher? It is a ridiculously tough market these days as all publishers are looking for more than a return on their investment.
http://sarajanemooresauthor.blogspot.com/

Where can I find your book on Sara Jane Moore? What is it called?

I did not write the book. The author and publisher are given in the blog. Check amazon.com