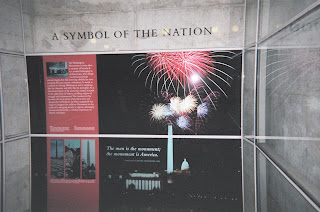 Time Magazine offers, for about $10, a large illustrated paperback “America: An Illustrated Early History,” 120 pages. (Oddly I can’t find an ISBN). The editor is Kelly Knauer, the writer is Matthew McCann Fenton; the picture editor is Patricia Cadley, the designer is Ellen Fanning. There are nine chapters and every page has multiple illustrations in the form of a filmstrip, with many original black-and-white photos from the late 19th Century. The book covers the years 1776-1900. The book makes an effective prequel to Peter Jennings and Todd Brewster, The Century, Doubleday, 1998.

The most telling part of the book is the treatment of slavery (“The Bondsman’s Toil”), with the paradox created early in American history created by property rights and the reluctant recognition that the slaves were human beings. Yet the Supreme Court twice, first with Dred Scott, and then after Reconstruction with Plessy, regarded African Americans as “inferior” and then later worthy only of “separate but equal,” not to be overturned until Brown v. Board of Education in 1954. There is a picture ad of Uncle Tom’s Cabin, and “Caution” poster for “colored people” in Boston to avoid police officers. There is a picture of the handwritten opening of the manuscript of Mark Twain’s “Huckleberry Finn.”
Posted by Bill Boushka at 7:25 PM