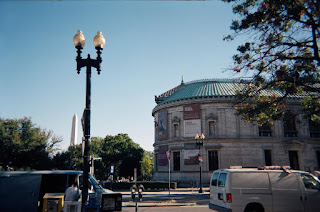 Former “retired” world chess champion Garry Kasparov, now in his 40s and graying, has become known in Russia for his leading of opposition to president Vladimir Putin. In this book, he explains how he sees chess as a paradigm for success in life.

He does give some accounts of his world championship matches, especially his multiple matches with Anatoly Karpov. The Soviet Union tried to steer international chess into a direction that favored its own privileged established Communist party stars. He describes a couple of games in detail, especially the 24th game in a 1987 match in Seville, Spain where he had to win with White to keep his title. He played the Reti Opening, went into relatively unbooked lines, and forced Karpov to risk disadvantage if he played for too many exchanges to equalize. Karpov got into time trouble, grabbed a gambit pawn, and wound up with an inferior queen engine, which he lost with another slip in overtime.

In time, Kasparov became more disenchanted with the politics of international chess, even trying to split FIDE, in a period that leads to his current activism in Russia.

Chess is, after all, the most individualistic of “sports.” There are the elements of strategic thinking and tactics, and the paradoxes that occur with the events on the board. There is the need to be decisive and press an attack when a win is really there, or a game can be lost. Yet, there is room for various approaches to success in life. The behavior of entrepreneurs and companies follows the pattern, and results in the transformation that has happened with the “flat world,” globalization, and the Internet. Kasparov sees success in an individualistic, libertarian-like fashion. He speaks briefly of his family and son, but does not write as if family or lineage were essential to identity.

Kasparov says that in international chess, White wins 29% of the time, Black wins 18%, and 53% of games are drawn. That is, Black wins about 38% if grandmaster games played to decision. The old Chess Charts in the 60s gave winning percentages by opening and move, with the Sicilian the best for Black and Caro Kann the worst; in those days the Queen's Gambit Declined was very strong for White statistically.

Kasparov talks about computers and chess (IBM “Big Blue” in the 1990s), but because of the staggering number of possible moves, he does not believe that computers can necessarily make the game obsolete as a competitive exercise. Because of computers, however, international games no longer had adjournments.

I can recall in college, where we had an active chess club in the 60s, that we joked about what majoring in chess would be like. Courses in the various opening types (Kasparov does see 1 e4 as the most aggressive). A year course in the middle game. Various courses in technical endgames. The phases of a chess game correspond to the phases in war, with the endgame often leading to negotiated treaty. Kasparov uses an analogy with the end of the Napoleonic wars.

There is a commentary by Anton Troianovski "Kasparov's Political Gambit
Grandmaster Calculates How to Checkmate Putin: Life imitates chess, except when it doesn't" in the Oct. 20, 2007 Washington Post, Style section, p C01, here.
Posted by Bill Boushka at 6:51 PM