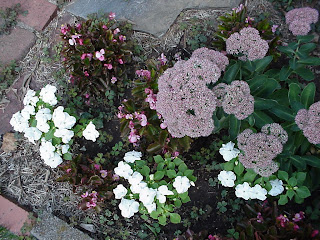 The October 2007 issue of National Geographic is important for the global warming and fuel supply debate. The cover shows an ear of corn, and the title: Growing Fuel: The Wrong Way, the Right Way.

On p. 38 the heavily illustrated article by Joel K. Bourne, Jr. appears, with photography by Robert Clark. It is called "Green Dreams: Making fuel from crops could be good for the planet -- after a breakthrough or two." The article compares the relative energy profit and carbon cost of corn ethanol and sugar cane ethanol (quite successful in Brazil with its midwestern "oceans of green"), and sugar cane comes out way ahead. (Corn ethanol does not come out to be too good a deal; the Libertarian Party was saying that ten years ago as governments in farm states forced gasohol use.) Maybe it could work in the Gulf States -- which means some good karma. More research would be needed to make ethanol efficiently from non-food crops like sawgrass, with their heavy cellulose. Even algae could make ethanol with more research.

On p. 32, Bill McKibben has an article, "Carbon's New Math: To deal with global warming, the first step is to do the math." The author reinterates Di Caprio's point from "The 11th Hour" that before the industrial revolution, we lived off of current sunlight and carbon was stable. It went up quickly thereafter, and the article pretty much reproduces Al Gore's numbers. He presents a chart with "three possible paths for future carbon emissions" as three wedges. The biggest problems seem to be political: the developing countries want to reproduce western standards of living and will resent the greediness of western lifestyles. This could some day to individual-based carbon accounting.
Posted by Bill Boushka at 8:06 PM