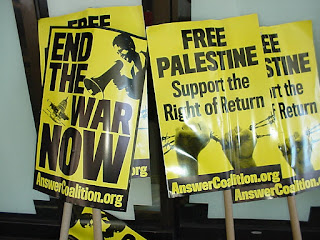 Recently the local Books-a-million had a booksigning party for the author, who is head of the Institute for Homeland Security. I missed the event because of a film festival. I would like to have gone.

The author is trying to reset or restructure our thinking about homeland security. Essentially, he wants to see government, business and individuals think about this strategically, rather than tactically or reactively. He is like the chess teacher who says “develop your pieces before you attack.” One of the biggest dangers, especially economically, is overreaction. Because of our sociological economics, a relative small attack somewhere can cause an enormous disruption.

One of his big ideas is that we have to recognize a distinct, if asymmetric, enemy, which he calls Al Qaeda, to mean all of radical Islam. The biggest threats (especially nuclear) have to be managed overseas (by accounting for loose nuclear material, a concern that others like Sam Nunn have promoted). It is not possible to keep all catastrophic contraband out of the country with purely defensive measures. (That’s like saying, in the Dragon Sicilian in chess, Black must counterattack; he cannot simply sit behind a defensive hedgehog) – possibly a contradictory concept for someone who wants us to think about security strategically. Likewise, he thinks that the current administration’s obsession with illegal immigration (“amnesty” notwithstanding) is misfocused; people who come here to get jobs are not a problem; it’s specific people who are a problem. Of course, much of this comes from the fact that, politically, government can’t get caught “profiling.”

He believes that a new paradigm is needed for domestic intelligence: one that is defensive (essentially a contradiction) and observational, with no law enforcement policies. This is the sort of thing that average citizens, especially those with specific skills (computer, medical, like reserve nurses) can help. From a knowledge management point of view, that sounds good, but it could lead to a “spy on they neighbor” society. He wants to bring back the idea of the citizen posse (which he distinguishes from vigilante). He thinks a 501C3 kind of organization should prototype homeland security concepts. This leads to a discussion of MIPT.

He talks about journalistic protection of sources and the danger of releasing classified information. Even bloggers might do this inadvertently, and on that point he punts, saying that the right questions need to be asked. He has a lot of discussion of Section 304 of the Intelligence Authorization Act.

He does advocate partnership between business and government, and it is obvious that business can sometimes do a much better job of responding to disaster than government, or even disorganized individual volunteers. Why not have Wal-Mart, Lowes, Home Depot and similar companies help provide pre-manufactured housing to hurricane victims on higher land? Companies are good at this, as are some large faith organizations.

He also talks about oversight agencies as important in a democracy and important to the strategic management of terror threats and other possibilities (like pandemics).

At the end of the book, he gives a detailed discussion of how to shelter in place, even after a nuclear incident. He does advocate homeowner gun ownership.
Posted by Bill Boushka at 9:47 AM