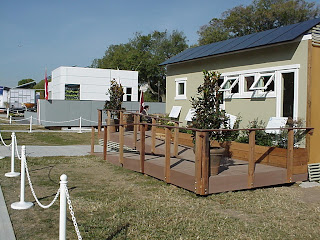 The author hardly needs introduction, but to recap, he served as chair of the Council of Economic Advisers from 1974 to 1977 under president Gerald Ford, and in 1987 President Reagan appointed him as chairman of the Federal Reserve Board, where he served until 2006. The book has a rather prosaic title give the length and ambition level of the discussions.

Let me digress autobiographically myself for a moment. In July 1981, on my 38th birthday, I had a job interview for a position as a computer programmer analyst at the Federal Reserve Bank in Dallas. Each district has its own bank, and each bank runs somewhat autonomously. I talked about the need for end-user computing, a concept that probably was not appropriate yet at a conservative institution. I didn’t get the job (although I got one soon at Chilton by resume trading), but Greenspan would probably think my sentiments were right. The spirit of his memoir is that of libertarianism and individualism and self-ownership, even as he constantly recognizes that practicalities trouble us constantly.

Born and raised in New York, he was a decent athlete (baseball) and musician, but got out of the World War II draft because of a possibly incorrectly suspected tuberculosis. Early in adulthood, he would meet Ayn Rand and Nathaniel Brandon and discover the philosophy of objectivism, and the moral justification of “selfishness” and, and a societal level, capitalism.

The book’s middle covers our nation’s economic history from the end of World War II to present day, and it is remarkable, in retrospect, that our system has always been strong enough to overcome serious challenges, such as the Arab oil embargo, the stagflation of the late 70s (which he explains in detail), the stock market crashes (such as 1987), the savings and loan crisis, and so on. In general, deregulation and lifting of over supervision of business has tended to lead us out of these problems and enabled us to produce our way out of trouble, and raise our standard of living. There are, however, a couple of big caveats.

One is that the challenges to our stability seem to have become greater. In retrospect, they have always seemed grave at the time (the Cuban Missile Crisis of 1962 was perhaps the gravest of all). But asymmetric terrorism, global warming, pandemics, and the like provide exogenous challenges of a nature we have never seen. He spends a great deal of space toward the end of the book analyzing these (the last chapter is “the Delphic future”) and is not always reassuring, even as he tries to maintain a general tone of favoring as little government intervention as possible.

Some of the other changes are demographic – most of all, the lower birth rates, the longer life spans, the need to use immigrants to get our work done. The increasing elderly population is an economic problem because the elderly consume a lot, sometimes more than is justified by what they produce or had produced, forcing sacrifices from their children, who may not have as many children (who consume but will soon become productive) themselves to sustain the chain. He avoids social moralizing about these, but simply talks about what the numbers would mean. We are retiring too early, to be sure (as did I, it seems), but even a decade ago companies were encouraging us to with buyouts. Defined pension plans are in real trouble, as are social security and Medicare in the long run. (He discusses the restructuring of social security around 1983 in some detail.) He proposes that social security benefits for the affluent could be rescinded entirely (as have some other libertarians – in fact Harry Browne did so). Obviously, he likes privatization and the idea of carefully conceived lifetime savings plans, but those don’t work for those already retired. If social security benefits were to be means tested, it could affect the kind of jobs people are encouraged to take late in their careers. In general, employers have wanted to use seniors to peddle their wares in lifestyle marketing, a practice for which I have some ethical objections.

Other changes are intrinsic to technology and globalization, the greatest of which is the challenges to old-fashioned notions of intellectual property or “conceptual property.” Copyright, patent and trademark laws have always struck delicate balances between competing public interests. A creator of an idea cannot always “own” the idea the way he or she could own a piece of land. What is fair use seems to depend on the circumstances of both publication or distribution, and consumption – all of which have turned upside down in a global world.

He has a lot to say about education. We are not able to find good math and science teachers in sufficient quantities, because those with technical educations can make a lot more money elsewhere. Relatively speaking, it’s easier to find good teachers for English and humanities. He thinks we should streamline or waive the bureaucratic licensing requirements and required clock hours of education courses (common in “career switcher” programs into teaching) for math teachers, and insist that math teachers actually have the academic credentials in mathematics (which I would have). One problem that he does not consider is that technical people sometimes have weaker “people skills” and have less interest in working with non-intact children who may need personalized attention.

That all brings me to the “second caveat,” which might have been summarized in an article by Naomi Klein, “Thanks a lot, Ayn Rand, for setting the greedy free: the beloved trickle-down theory of Greenspan and his ilk is less a philosophy than a handy excuse for avarice,” an article that appeared in The Nation and in the UK Guardian. (Link). Klein is promoting a book “The Shock Doctrine” (Metropolitan Books) which I have not yet seen. In her essay, she writes :

“Of course, the flip side of this is the cruel disregard for those left behind. ‘Undeviating purpose and rationality achieve joy and fulfillment,’ Greenspan wrote as a zealous new convert. ‘Parasites who persistently avoid either purpose or reason perish as they should.’”

Now it is the “left behind” (itself a book title from the religious right – Tim La Haye) that is a core concern. The political left has always dealt with need as a matter of group social justice – issues of wealth redistribution and ending discrimination against suspect class groups. That means more regulation that, in the long run, is not good for stable democratic capitalism, in Greenspan’s view. He does not go into this, but the obvious question is what every individual owes back for what he or she “takes” beyond what is expressed in a monetary market economy. I talked about this on my main blog on Oct. 9 as “psychological economics.” The culture war over family values figures into this – the truth is that people are wired very differently as to some basic emotional values and often impact persons different from themselves in ways that they do not see. Greenspan, even in his libertarian economic views, finds himself getting into some seeming moral contradictions (one of the sections of Ayn Rand’s Atlas Shrugged (1957) was called “non-contradiction”; a film of this book is due from Lions Gate Films in 2008; Greenspan also talks about The Fountainhead). The changing demographics, it seems to me, will lead us into new debates about the personal moral choices regarding having or not having children.
Posted by Bill Boushka at 11:54 AM