Jack Cafferty: It's Getting Ugly Out There 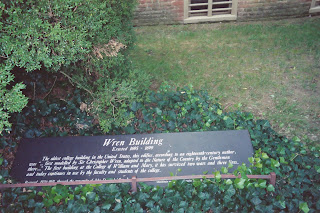 You might get a sense of what CNN journalist Jack Cafferty’s tome is all about from the title of his Prologue, “This Isn’t the America I Know,” and the title of his first chapter, “The Boy in the Bubble.” The latter title refers, of course, to the second President Bush, Daddy’s son, and his general failure to lead. What do they call it for teachers, specifically, “poor classroom management.” Oh, that’s misleading, because that phrase in Bush’s “no child left behind” world talks about discipline.

No, with George W. Bush, Cafferty finds a pathological disconnection from real people, a mental laziness that can miss the point and languish on vacation at his sheltering Texas ranch for a day while the dikes fail in New Orleans.

That is, President Bush would make a good mark for the Dr. Phil show. “I want you to get excited about your life. This is a changing day in your life.” Bush seems to have a self-servedness that gets into his gratuitous use of executive powers with the warrantless wiretaps and electronic searches, the whole FISA issue that form the substance of many libertarian high-tech blogs, although many of these "diaries" miss the real constitutional problems.

He seems to do what he feels like, making himself look righteous but, with the help of his alter brain Karl Rove, finding adolescent rationalizations for doing what he wants. Dr. Phil would key in to that. He (Bush) panders to special interests, and through his own bureaucracy cozies up to the health insurance companies and pharmaceuticals, explaining why we, among all major countries, leave so many people one hospital visit away from bankruptcy. (Of course, there is another side to this, getting into personal responsibility; but that has to start early in one’s working life.)

Indeed, there is a serious issue with the speech. His people “hire” writers to make something look good; money is made by manipulating appearances and people’s emotions, not by telling the truth. But, isn’t that what the whole K-Street lobbying world is all about? It’s hard for most people to make enough money to support their families without selling their souls and giving up any public integrity about what they say.

That’s one reason why bloggers have become effective – they have fewer loyalties to honor. Yet, that’s the other side of the discipline issue – our “America” is declining because we as individuals take it for granted, don’t pay back what it takes to keep our way of life. Cafferty does take up what a "real World War III" means, if we take keeping our way of life seriously. After bashing the “back door draft” in Iraq, he says, in the Epilogue (not the kind of music that Arnold Bax closed his symphonies with), “It was a huge mistake when we did away with the draft in the 1970s” (p 244); “we ought to bring it back.” A few sentences later he modifies it and argues in strong terms for mandatory national service, at least 18 months, for those age 18 to 25. He suggests that we all owe something for what we have, that we shouldn’t take it for granted, and that we ought to learn to care about people, or at least not live in such a way as to lowball others.

He runs through all of our nonsense – our carelessness with port security (turning ports over to companies in Dubai), the dishonesty and incompetence behind the war in Iraq, the letting Afghanistan slide back into Talibanization. He talks about the bankrupting of our social safety nets with tax cuts for the rich, usual stuff. He talks about the scandals of various conservative public officials, including Mark Foley and the Congressional pages. In the Epilogue, he runs through the 2008 candidates, and gives some support to more moderate and progressive ones, like Obama. It’s hard to tell his political affiliation; he may be more like Ross Perot in 1992. Eventually, it gets down to discipline of individual Americans, and accepting that there may be sacrifice and personal dues paying.

Cafferty is not afraid to use expletives in his writing, or to call people names (even the son of Rudy Guliani). He may be hinting, toward the end, that ethical reform is a grassroots, bottoms-up operation.
Posted by Bill Boushka at 8:31 PM