John Elder Robison: Look Me in the Eye: My Life with Asperger's 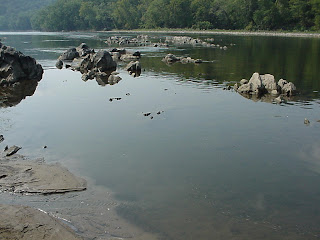 A few years ago I traveled to a large city in New England and sat down to dinner in a plush chain restaurant with a filmmaker. Almost at once, he said something like, “.. the lack of body language. You have Asperger’s.”

Since I have met with more than one film person in more than one New England city in the past few years, I need not identify the person or city. I wasn’t really shocked by the statement. It all made sense.

I see that I’ve covered the topic before, on a Nightline review in April and in a speculative discussion of whether Asperger’s has anything to do with GLBT issues, here In that latter posting, also in April, I gave some clinical discussion. Asperger’s is considered to be a mild form of autism, in a spectrum of “pervasive developmental disorders.”

The author, in fact, was not formally “diagnosed” until age 40. He mentions, on p. 235, a clinical text, Asperger’s Syndrome, by Tony Attwood. (Amazon shows two books, a recent one in 2006). There is even a book “All Cats Have Asperger’s Syndrome” by Kathy Hoopman.

What is interesting, of course, is how he explains his own experience of his own social interactions. In fact, most of the book is a narrative (sometimes a bit jumbled and out of sequence) of the author’s life experience: how he was shunned by teachers, developed an interest in mechanics and games, played pranks, dropped out of school, rebuilt his life as an engineer and eventually specialized car dealer. His narrative incidentally provides some account of how computer games and music devices developed. He married and had a son, something that many people with Asperger’s will not be able to do.

His younger brother (Robison appears to have been born in 1957) is well-known as Augusten Burroughs, the eccentric writer whose story was told in the Tri-Star film “Running with Scissors” (dir. Ryan Murphy) in which the writer was presented as an articulate youngster in a sea of dysfunctional adults. Burroughs provides a brief foreword, in which he expresses some surprise that his brother, a natural storyteller, became a busiessman rather than writer – but the two should not be mutually exclusive. Robison’s life does seem much more troubled.

The expression of the syndrome might be summarized with the command, often repeated to him as a boy, “Look me in the eye, young man!” That’s the first sentence of Robison’s own prologue.

Asperger’s is usually perceived as a lack of responsiveness to other people, an indifference, and a lack of emotion and empathy. Robison, early on, talks about empathy, and analyzes the idea that people really don’t have much emotion over the plight of strangers like they would their own flesh and blood. He says he does have emotion for his own family, and indeed later in life he did create a family. He feels that people are “acting” when the show emotion about distant people. That’s not exactly true, either.

My own experience, as a boy, was that of a certain preoccupation with my own welfare, a tendency to demand attention (particularly in grade school). Like Robison, I was teased for my clumsiness and inability to fit in (always the last one picked for a team). But my own conversational responses were not as disjointed or as inappropriate as the examples he gives from his own boyhood. By third grade, my musical talents were apparent, and by sixteen or so, I could identify most major classical compositions upon hearing only a few measures. I chronicle some of this in my main blog in August, here:

My perception of the Asperger experience is more a desire to create one’s own world, and live within it. (Indeed, full blown autism seems to be a total lack of any response to the outside world, and a satisfaction with internal stimulation.) When one is productive from that world, one can attract the people that one wants. (This would be true in a heterosexual or homosexual context). I find myself resisting both frivolous social contact (as disruptive) and intimate contact on terms other than my own. That (hyper-introversion), in the modern western world, sounds like a fundamental individual right, but within the context of the family or local community many people still expect more cohesiveness and openness. I can recall my parents’ demanding that I fulfill certain expectations of social deference that seemed “illogical” or “irrational” and seemed to pamper the emotions of others without much real need or justification. The way I performed certain things was not so important for the immediate situation as it was to prove that I could respond to the needs of others in a way that might be morally demanded of me.

My perception of emotion and empathy may differ from his. I find some of the display of emotion often seen in families as gratuitous. Familial emotion cannot replace my own need to succeed in life according to my own rules, and this observation disturbs some people, and takes on a moral tone -- one is supposed to respond to the real needs of others and just not on the basis of what is already in someone's mind. But I agree that emotion and empathy can drive political movements. Sometimes there is political pressure to help the members of a certain identifiable group because of the obvious need of these members, and emotional appeal may overcome the willingness to look at political demands more objectively.

Update: The Attwood reference is indeed The Complete Guide to Asperger's Syndrome, Jessica Kingsley, Philadelphia, 397 pages, hardbound, indexed, ISBN 1-85302-577-1.
This is a clinical text, that deals with the science of "pervasive developmental disorders". He talks about the "little professor" behavior, a desire that the world be perfect before relations make sense. One proverb on p 31, "I am not defective; I am different."
Posted by Bill Boushka at 12:35 PM