Lance Bass: Out of Sync 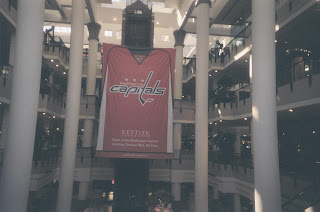 
Lance Bass appeared recently on ABC 20/20 and discussed his book and his “coming out” (coverage ), in a broad context. His book, while short and a bit minimalist (the pages are small) covers a lot of territory, not the least of which is his first film “On the Line” (Miramax, 2001), which had the misfortune of appearing right after the 9/11 tragedy.


Most people know Lance as one of the five ‘Nsync boy band members, the kid from Mississippi with the bass voice. Indeed, some of the narrative deals with how he became his own person after Justin Timberlake, having essentially started the group and indeed launching the concept of pop star and connecting that to “music,” decided to go alone, after which the group imploded. (The color photo of Timberlake is “before.”) The dust jacket describes Bass now as “actor, producer, writer, entertainer, philanthropist” – the Renaissance Man in every sense except perhaps that of Bill Gates. He is not a geek. And now, as we can guess from the dust jack pictures, he has become a grown man.

The most interesting part of the book is his narrative of his training and tryout to become a Russian cosmonaut, a capitalist venture (with MTV) that failed over money. (In the early days of ‘Nsync there were a lot of contractual disputes over money, as the promoters at first paid them only per diem and claimed they could not exist without investors “taking the risk.”_ But he did go through grueling medical evaluations (resulting in a by-groin non-invasive cardiac ablation procedure for a previously undetected congenital arrhythmia that could have proved suddenly fatal later in life), the taking of a body cast, his growing and shrinking because of zero gravity, and various survival exercises in the Siberian tundra. (When he first got invited, he thought he was being punked by Ashton Kutcher, just as Justin had been.)

In fact, when I saw the ‘Nsync Popodyssey show at the Metrodome on 2001, I was quite impressed with the military-like athleticism and “unit cohesion” required to perform in a boy band. The boy band presented a certain paradox: the songs were always clean cut and wholesome, but had this comic edge (“Bye Bye Bye”), and sometimes a bit of social satire (like the video where the boys are toy soldiers getting checked out of a Target store – maybe a bit of satire on DADT) that always made them attractive viewing in bars, including gay bars (they were shown a lot at The Saloon and The Boom in Minneapolis when I was there).

All of this would make for good documentary film now – it’s easy to imagine HBO perhaps wanting to do it – and one could make a film based on the idea of being a music prodigy (in either the popular field with people like Justin Timberlake or Zac Efron) or in the classical area, even composition. Or one could string it together with ideas like teamwork and link up to space and the military.

His coming out is covered rather briefly. Much of this has to do with his relationship with Air Force Academy graduate Reichen Lehmkuhl, who has his own book about his experience with “don’t ask don’t tell” (“Here’s What We’ll Say: Growing Up, Coming Out, and the U.S. Air Force”, Carroll & Graf, New York, 2006, ISBN: 0-7867-1782-3. Lehmkuhl, in fact, is one of the few “military gay ban survivors” not to be kicked out.

Bass’s mother, in fact, found out about his sexual orientation from the Internet. That possibility, as it has arisen in the past ten years or so, is becoming an increasingly important reason why the whole concept of “don’t ask don’t tell” is falling on its face.

AP story in Washington Blade, Apr 18: "Lance Bass: 'It's time for me to stand up'
Former 'N Sync singer stars in public service announcement against gay bullying", link here.
Posted by Bill Boushka at 11:31 AM

I recently completed a full length book about memory and the human mind. The book is called Disco Hypnotic. More information can be found at DiscoHypnotic.com. Any comments or review would be most appreciated.