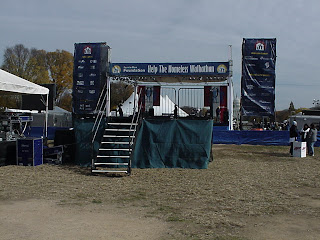 In his paperback edition, Simmons provides a new Introduction and tells us that he was determined to self-publish the book, until Wiley contacted him. That’s interesting and perhaps a likely story. The book is somewhat a central focus of the Netflix “Red Envelope” film “A Crude Awakening” which warns us that we could be coming through a tipping on on world oil production and face catastrophic economic effects in the future.

Actually, the oil business passes through multiple tipping points: one in exploration (actually several, as technology makes new kinds of wells practical) and another in production.

Nevertheless, Simmons makes his point well in this encyclopediac book about Saudi oil production: there was a time when we assumed that oil was almost free. Around 1970 or so, oil men were beginning to realize that this was hardly true and that Saudi production could be by no means infinite.

The political history becomes compensated. I remember the first oil shock in 1973. I was away on a camping trip in northern new Jersey that Saturday in October and heard about the Yom Kippur war when I arrived at a social center in New York City Saturday night. I was living in New Jersey, struggling with personal mobility to get into the City enough to come out. Soon the gas prices rose steeply, and we heard about the embargo. By the beginning of 1974, the shortages appeared (Nixon had already imposed a national speed limit of 50 and closed gas stations on Sundays and told people to “stay home” more, something I didn’t need to hear). But the crisis ended quickly in April with diplomacy and with, of course, “getting the price up.” The 1979 crisis, related to events in Iran, was much more serious in principle, according to the author. (I had just moved to Dallas then, and was surprised when an old reliable independent station nestled on Cedar Springs among the condos and bars actually ran out of gas.)

Still, Saudi Arabia and other OPEC countries started manipulating oil production (with technological improvements) to gain competitive advantage. In the 1980s, they boosted production enough to cause sudden oil price drops and cause significant disruption to Texas and southwestern oil production and real estate markets. (Along about this time, the Reagan administration pushed the misguided Tax Reform Act of 1986, which did not help). The Persian Gulf War, because it came to a relatively quick and decisive end (compared to what might have been) gave the West the impression that oil would remain stable. It wasn’t until after 9/11 that the American public really began to take seriously how much oil prices can disrupt the economy as a whole, in either direction.

The author spends much of his book with technical discussions of the many oil fields (Ghawar, Abqaiq, etc), generally located near the Persian Gulf in the northeast. He provides lots of detailed black-and-white maps of the oil fields. But he also precedes this with a lot of discussion of the social and political history of the kingdom, and the variable results over time that the absolute monarchy (theocratic) has in taking care of its people. Now, he maintains, Saudi Arabia, like any country, needs much more economic diversification, whatever the religious (wahhabist) beliefs of its people. Most of the vulnerability (including the anger of Osama bin Laden over American troops being there) relates to this complacent dependency on oil. That helps explain why so many of the militants (including 9/11) have been Saudis.

On Saturday, Nov. 17, The Washington Post had a Business Section article, p D01, "Saudi Arabia Works the Vast Desert To Pump Out More High-Quality Oil", here. The specific expansion is near Shaybah, the Empty Quarter. The article acknowledges industry concerns about peaking in Saudi capacity, but suggests that there are many specific opportunities that still work in increasing production for relatively little cost.

I worked with someone from 1979-1981 in Dallas who had lived in an “American compound” while working as a systems analyst for Aramco in the 1970s. The religious police would actually come into the compound and look for alcohol. I know a gay Jewish man who actually says he bicycled alone in Saudi Arabia around 1980. I also met someone who worked in the oil business in Dallas and said (around 1980) then that there were already concerns that enough new oil just wasn't "out there."

When I substitute taught a high school world history class once, students were expected to write classwork reports on current events from that day's newspapers. There was a huge story on oil supplies in Saudi Arabia, and the concern of security from Al Qaeda. Yet, some students cut up the newspapers and made paper airplanes. They hadn't a clue. This is the world they will inherit to run.

The book narrative ends with an Aftermath in which Simmons gives a somewhat negative picture of what happens if oil production irreversibly slides. He believes that the world have to give up some of its globalization (the Thomas Friedman “Flat World” paradigm) and “just in time” business practices. This can affect ordinary citizens in many ways. There can and should be more telecommuting, and people without families especially should welcome high density living with little commutation. But food will have to be grown closer to home, and more manufacturing will have to be done locally. This could affect automotive and electronics industries, although (especially with the weaker dollar) it could add jobs at home. It could mean that people have to put more effort on practical adaptive skills, unless a technological revolution in renewable energy (with switchgrass ethanol – which takes energy to make --- and hybrid cars) with enough infrastructure replacement to support our current way of life.
Posted by Bill Boushka at 11:48 AM