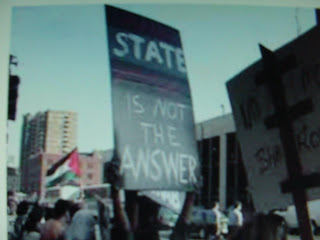 On Christmas Day, 1954 as I recall, at the age of 11, that all but one present that I got for Christmas was a book. I got maybe fifteen books that year. At the time, "the family" was going to church at the Jewish Community Center on 16th St in Washington while the new First Baptist Church facility at 16th and O was being built, to open Christmas Day, 1955.

Jimmy Carter has certainly inspired some controversy with one questionable word in the title of his latest book. I already talked about the issue on my movies blog with the review of Jonathan Demme’s “Jimmy Carter: Man from Plains” in November, here.

The book is largely chronological, and Carter discusses all of the detailed series of negotiations and conflicts over the years. He prefaces the book with a history-text chronology of the area, and clarifies that, while Britain promised a Jewish homeland in 1917 with the Balfour Declaration, Britain was quite queasy about what would really happen with such a homeland until it turned the leash over to the United Nations and the state of Israel came into being in 1948 (the film “O Jerusalem”). The history with the surrounding states in the region is rather complicated, as is the influence of the Soviet Union until the end of the Cold War. (That’s a least a peripheral plot element in Tom Hanks ‘s recent film “Charlie Wilson’s War” about the Soviet invasion of Afghanistan, which started during Carter’s presidency.) Some of the most critical points came in 1967 and 1973 (the Yom Kippur War, leading to the Arab Oil Embargo) and in 1978 with the Begin-Sadat talks at Camp David brokered by President Carter. The history of the immediate relationship between Israel and the original Palestinians, with the occupation of the West Bank and Gaza is also complicated, with many negotiations, cease fires, and re-escalations, all detailed in the chronology. His appendix supplements the history with documents, especially with the full 1978 Camp David accords text.

What is the basic problem? In sum, many elements of the Israeli governments have condoned taking of or expropriating Palestinian properties (usually without compensation), of evicting Palestinians, of separating and fragmenting their communities with The Wall, and with manipulating the legal system to justify the expropriations with all kinds of ruses and canards over the years. This is what amounts to “apartheid” ultimately mimicking the former South African experience (itself so much the subject of Ted Koppel’s reporting in the 70s and 80s). (Later Carter describes it as “two peoples occupying the same land but completely separated from one another, with Israelis totally dominant and suppressing violence by depriving Palestinians of their basic human rights.”) Some Palestinians, reacting to their own personal sense of shame, have become subject to manipulation and become suicide bombers, believing they will be rewarded in Islamic heaven.

Carter does state some major principles (the “Roadmap to Peace”, more or less) that must be followed to achieve peace, and privately many responsible citizens on both sides of the issue are likely to agree with him. These include (a) Guarantee the security of Israel (b) determine Israel’s permanent legal boundary (c) respect the sovereignty of all Middle Eastern nations 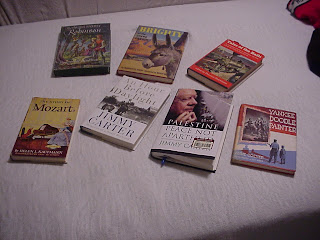 Carter praises the internal openness, democracy and freedom within Israeli society, but is critical of elements that insist on some sort of tribal or religious manifest destiny. A comparable determination, for different historical reasons, exists within various factions of radical Islam. History, as we study it, is often described in terms of the security and well-being of people as religious or national groups, with social structures within the societies allocating the rights and responsibilities to the individual people to protect the welfare of the society as a whole in potentially harsh external circumstances. The political and international debate needs to get beyond the religious and scriptural identities of the various groups and consider the rights of everyone as an individual. (Indeed, that would argue the idea of one state in the region with full citizenship rights for both Jews and Palestinian Muslims and Christians – with enormous potential for reparation issues comparable to what America could have considered with the slaves and native Americans – Carter mentions this a couple times.) Supposedly, though, this is the idea behind neo-conservatism, the overly optimistic attitude that the current Bush administration is criticized for. Carter can do this himself within the patterns of his own faith (often discussed on programs like Bill Moyers) but that is very difficult in this part of the world. Nevertheless, this seems to be the challenge. Carter says that the Bush administration has looked the other way on the behavior of some Israeli leaders out of pragmatic concerns (as did some earlier administrations -- "Charlie Wilson" again) in contradiction to its own political principles. His argument bears comparison to similar concerns about America's tendency to look the other way on Pakistan's nuclear behavior, as on a review on this blog Dec 2 (book by Armstrong and Trento).

Carter describes the work of the Carter Center in Atlanta as a body that can facilitate negotiations. It looks like an interesting place to work, to be sure.