Margaret Schwartz: The Pumpkin Patch: a story about international adoption 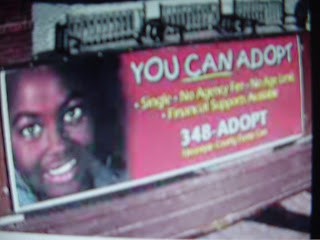 The Freddie Mac adoption expo in Washington DC last Saturday (Dec. 1) was giving away this two-year-old book free. The title is a transparent metaphor. Author Margaret Schwartz had a lucrative career in international marketing and decided that she wanted the experience of motherhood and lineage. In fact, she had always wanted it. She does not go into detail as to why she remained single, or believe that she should “apologize” for that.

The book is like a diary, with each little section starting with “Dear Journal.” That would give the writing a narcissistic quality, as does the great detail into which she goes about her whole process of adopting two boys from Ukraine, including her caring for them when she got home. One wonders how she had the time to document everything in so much detail, especially when she was in the Ukraine and often the hotel had only one computer, not always working, in its Internet room.

The ropes she had to jump are considerable, especially in a post-Communist country that still has a lot of corruption left over from Soviet days. She talks about traveling with $20000 in cash in fresh bills. She talks about the “moral dilemma” of adopting overseas when there are such needs (as with foster kids) at home. Later she faces the agonizing decision about having to make decisions point blank when presented small kids whom she suspects may be severely disabled. Eventually she takes two boys who have less severe medical problems, but back home the expenses become considerable anyway.

She discusses the physical parenting, even the potty training, in some detail, as a responsibility she took to quickly. Eventually she goes back to work and hires help, and considers herself fortunate enough to be able to afford it. She gives several charts in which she outlines the “moral choices” and lifestyle changes, including one chart where she compares her life with that of her mother, of a different generation and social mentality. (He mother used cloth diapers and depended on her husband for economic support.) 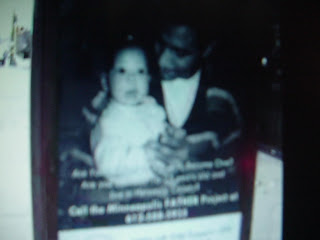 Readers may want to check out a book about a gay male couple in Maryland adopting, the book being “Getting Simon: Two Gay Doctors' Journey into Fatherhood” by Dr. Kenneth Morgen, from Bramble Books in 1995. In that book there was never any question that the male couple wanted to adopt.

Both books present adoption and families as something they wanted, not as a social “obligation.” Nevertheless, the media and politicians often present involvement in child care and rearing as something that everyone shares, because everyone befitted from it (“emotional karma”). Even President Bush talks about volunteering to mentor a child. Schwartz talks about the major rift in emotions within the adult world, and the emotions in dealing with kids, which are much more linear and fundamental, and deal with adaptive needs. Of course, many people, especially those with artistic temperament, feel that they must “accomplish” something publicly before they are prepared to raise children, and this does present a bit of a moral paradox. Artists talk about finishing a musical composition, painting or book as like having a baby, but it isn't (although musicians and authors have to "let go" of their work as others interpret it to perform it or adapt it to movies). Art is meaningful only because children are raised into adults able to be moved by it.

I've never felt the emotional connection of children the way the author relates it, but I can relate to the idea that another kind of "person" can make me aware of the world in ways I had not thought of. This may seem like a strange analogy, but being "adopted" by a stray cat did that. The cat, once imprinted, obviously knew who I was (even recognized the sound of my car), and would demonstrate an awareness of things in the environment that I would otherwise not notice but that define his world. It seems as valid as mine.

There is a blog posting about the Freddie Mac expo here.

Pictures: from bus stops in Minneapolis (2003), which encourage singles to adopt or become foster parents.
Posted by Bill Boushka at 9:38 AM