New book on Pakistan's nuclear program, and it has a serious warning 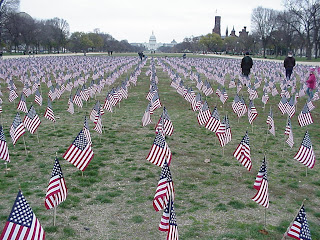 One of the scariest things about Pakistan (“the Land of the Pure”) is its possession of nuclear weapons. It has about 20 or so small nukes ready to use (like the "suitcase nukes" in the Fox series 24), and some raw materials (HEU and centrifuges and various other devices) with which more can be made in time (these might be larger, like those if NTI's film "Last Best Chance" which focuses on loose stuff from the former Soviet Union). The United States is supposed have been secretly guarding all this for years, but this book will have you wondering what is to be believed. And the recent upheaval in Pakistan – the return of Bhutto, Musharraf’s suspending of the constitution, and so on, obviously increase the risk that some of this may fall into the hands of terrorists. And in fact, some of it could already have, given the double talk in the way Pakistan has been managed. Much of it, back to the Carter years and earlier, deals with enigmatic, eccentric scientist A. Q. Khan, who pursued his clandestine career with intense, single-minded focus. 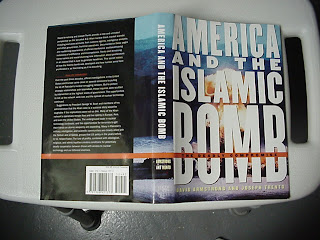 The book is
Authors: David Armstrong and Joseph Trento. Armstrong is the bureau chief of the National Security News Service in Washington.
Title: America and the Islamic Bomb: The Deadly Compromise. A Project of the National Security News Service.
Publication: Hanover, New Hampshire: Steerforth Press, 2007. ISBN 1-58642-137-9; 292 pages, hardcover, indexed with endnotes. Has an Introduction, ten chapters, and Epilogue.

The duplicitous handling of nuclear issues goes all the way back to the period right after World War II, including the “Atoms for Peace” program. In more modern history, America has always had to find ways to “look the other way” on Pakistan’s undercover nuclear weapons program, often inventing paradoxical arguments, during the period of having to oppose the Soviets in Afghanistan, to the post 9/11 period where the tribal citizenry in much of Pakistan supports Osama bin Laden and where Musharraf’s hold on power becomes a delicate issue in protecting a nuclear cache that never should have been there. An important and disturbing factor is the clandestine involvement of operatives in other countries, including Dubai (UAE) and Libya, for supplying various machine parts.

The book documents all of the goings on in incredible detail (sometimes to the point of tedium), and it is amazing that the authors have discovered so much material on many of the shady characters like Peter Griffin and “B.S.A.” Tahir.
Posted by Bill Boushka at 7:12 PM