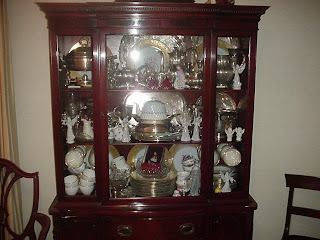 The book contains plenty of graphs and pie charts (enough to please Jake Gyllenhaal’s character in “Rendition”) and makes a sensible argument as to how to prepare for retirement. Simply put, take advantage of compound interest. Understand exponential mathematics (a lot of people don’t). And save.

The authors admit that increasing savings might not work that well if everybody did it. But people who do will have an enormous advantage in financial security as they approach retirement.

The authors are pessimistic about almost all of the institutional fixes proposed for social security reform and pension reform, even the privatization proposed by the Bush administration and various neo-conservatives. Early on, the authors establish a sharp edge by noting that social security "welfare" programs for old age were established in an era when life expectancies were less because of what we see today as bad behaviors -- cigarette smoking and unhealthful diets, but also unsafe working conditions and war. Ironically, as society took on more individualistic values and increased life expectancies, social programs intended to protect lives became less stable and effective.

But it is indeed the social tone of the book that is interesting. Obviously, the authors are conservatives, and as the book progresses the tone turns more technical and less preachy. But in the first chapter, “The 21 Basic Rules of Retirement”, one of the recommendations is to “get and stay married to a sensible person.” Later they come to terms with the legitimate possibility of a “partner.” They also are big on home ownership, because homeowners are more likely to save. They provide some statistics on the relative net worths of homeowners and renters.

The book, however, was written largely before the seriousness of the subprime mortgage crisis became apparent. Homeowners still have relinquished valuable cash as down payments or risked it as earnest money before securing financing. And an economy that over-encourages residential borrowing is encouraging too much debt – which is exactly what the subprime crisis shows. Real estate, while the trend over many years is up, goes up and down like everything else. It took years for Texas to recover after the late 1980s bust, associated with the savings and loan scandals then and with sudden increase in Saudi oil production after Reagan deregulation in the 1980s. In many cities, an over-emphasis on home ownership tends to make most rental neighborhoods concentrated with low income people. The authors do give good advise in explaining the advantages of reverse mortgages for many seniors (over home equity loans).

There is supposed to be some moral good in doing without the social experience that goes with an overpriced Starbuck's latte, when you could be saving for a down payment. That seems to take things too far, when home ownership usually means its own kind of debt.

The authors make other somewhat controversial observations, such as that most people who get laid off from their jobs do so because they didn’t get along with others at work. That seems debatable given economic realities of globalization.

The authors don’t mention filial responsibility laws, which I believe could become a sudden political controversy, and they spend little effort on long term care insurance, which again is important to family planning (for both seniors and their adult children).

As an example of a "layoff" that is really a firing of inefficient workers with some degree of publicly visible prejudice, check out the Washington Post story March 8, 2008 by V. Dion Haynes and Yolanda Woodlee, "D.C. Schools Chief Fires 98 Workers
Largest System Dismissal in a Decade Is Part of Pledge to Improve Efficiency," link here.
Posted by Bill Boushka at 4:39 PM