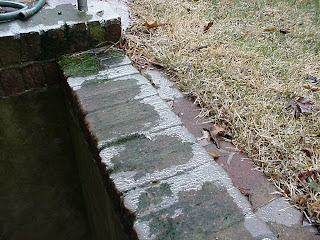 The author is often called upon to intervene in family crises for the Oprah show, in those “kinder and gentler” versions of Dr. Phil confrontations. When I’ve seen her, it’s usually to respond to abused women, who may be abandoned by husbands or overwhelmed by needs of other family members.

This book is aimed at women (her first chapter is titled “For Women Only”), and especially those “stay at home moms” and women socialized through the “family wage” notion. Yes, many people believe that their entire adult lives are justified by their marriages and families, including the effect that their marriages have in stabilizing other (usually unmarried) family members besides their own kids. So much of her advice (“Save Yourself Plan”) seems at first to be aimed at women in those circumstances, but the last two-thirds of the book comprises pretty good financial information for everybody. She goes through all the basics of everything (credit cards, FICO scores, mortgages, insurance – she recommends that life insurance be term only).

The early part of the book seems a bit like a spiritual pep talk. She has chapter titles like “No Shame, No Blame” and “You Are Not For Sale.” (I remember, when vacationing in Montana in 1981, hearing about a “feeling good about yourself talk” in Helena on the car radio, and making a turn on a country road to reach it.) She talks about "cleanliness" and the pack-rat syndrome. Later, in summarizing her financial advice, she prefixes her dot-point lists with “I would be thrilled if you would ….” She talks about women owning their own "name" and "reputation." (She doesn't go into the Internet "reputation defender" problem with respect to married (or divorced) women, but that could be a logical topic for an updated version or a paperback.) She talks about the fact that women volunteer more than men do, and she believes that giving to others is a good and necessary thing at points in a life. When another family member is in real need, she believes that a gift is more appropriate than a “loan.” She mentions that fact that people live longer – and that underscores the need to plan much more thoroughly for one’s own retirement and possibly long term care, and raises the likelihood that one will have to help out one’s parents, both financially and in terms of personal care. She doesn’t take that into legal areas, but she could have gotten into filial responsibility laws in effect in many states; perhaps some day Oprah or Dr. Phil will cover this topic.

Suze appeared on the Oprah show Wed. Feb. 13 with a particularly troubling case. (Link) ) For twenty-four hours afterward, the book was offered as a PDF download for free. Now there is a book excerpt on the Oprah link, given in my link.

Men often need to "own the power to control personal destiny," too. That's particularly true of gay men, when others feel that they can make demands and liens on them for "family responsibility" and "solidarity." Writing and maybe filmmaking would be my way to keep destiny in view.

Suze Orman was on NBC's Today show this morning warning Americans that we are indeed in both inflation and recession, and urging Americans to save and not spend their IRS rebates this spring.
Posted by Bill Boushka at 7:22 PM