J-Mac: The Game of My Life (Review) 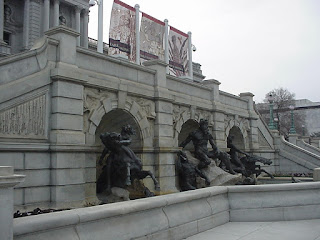 Authors: Jason McElwain and Daniel Paisner.
Title: The Game of My Life: A True Story of Challenge, Triumph, and Growing Up Autistic.
Publication: New American Library, 2008, ISBN 978-0-451-22301-2, 244 pages.
Movie: agreement with Columbia Pictures, according to book. Producer: Laura Ziskin; Executive Producers: Mary Martin and Magic Johnson. I could not find this in imdb yet.

Recently Jason appeared on Larry King Live, once again to recount the senior basketball game in which he scored twenty points in the last few minutes, including six three-pointers.

From his appearance, one could not have detected his situation, which is that he grew up with autism, and slowly improved, became able to speak, work, function and learn. The presence of an older brother Josh seems critical.

The outer chapters of the book are written by Paisner, with the inner chapters a simple narrative by J-Mac himself. He repeatedly states that he experienced life “the way he was.” Learning what others expected of him was difficult because it seemed arbitrary and superfluous at first.

There is discussion of the learning disabilities, of special education, or "mainstreaming" and of the fact that some special education students remain "superseniors" when they have not met the requirements for graduation.

He claims that he was “fearless” physically, a factor that enabled him to focus on extraordinary skill in shooting basketballs, even at 5’ 6 ‘’. He had “hoops” at home and would shoot them for hours, rather like Clark and Pete in “Smallville.”

The book includes inserts by other family members, and many pictures.

Now, I am told now that I have a kind of Asperger’s. I remember vaguely being slow in feeding myself. I had the measles after first grade, and in third grade was way behind other kids in physical and motor skills for no obvious cause. I became the butt of teasing and other kids talked about “buying me a new brain.” At the same time, I took up piano, in which I could excel. In other words, my brain became specialized, and gave up some “adaptive” skills to focus on “elective” ones. Yet, this whole situation was viewed by others, especially grade schools, as a “moral” problem of physical laziness or unwillingness to “pay my dues” as a boy to become a man. Gradually I developed some skills, as we adopted the large backyards in my neighborhood and made them into softball fields. In tenth grade, I actually "pitched" a shutout (4-0, "road") and hit a home run in a gym class softball game. I still remember that day well. The gym teacher called me "shutout Boushka". (I remember it so well that I remember that the Nats lost in Boston that night, 4-3.) J-Mac loves to give scores of all of his games, and I can remember the scores of lots of little sandlot or playground or "backyard baseball" games (with all the rules variants) in the 1950s. We actually adjusted the rules to make the scores reasonable.
Posted by Bill Boushka at 8:36 PM