M. Christian: Me2; Joe Babcock: "Tragedy of Miss Geneva Flowers"; and one big unpublished novel (and maybe another) 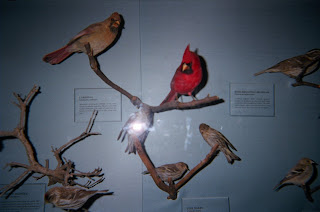 Well, this little horror novel is certainly introspective, certainly plays out a stream of consciousness, and seems more like an epic (even satirical) free-verse prose-poem, divided into long stanzas (like you used to study in literature class in college) than a conventional novel. There are eleven chapters, starting with “Me” and run through “Me11,” each starting with a pre-stanza in italics. There are three epilogues (composer Arnold Bax as always satisfied with just one in almost each of his symphonies), the last of which is a letter from his publisher. This arrangement pretty much washes up "the Me Generation," even with Bill Clinton as part of it.

In fact, the gay content (the publisher is well known for that niche market) in some ways seems almost incidental to the literary form. Or perhaps not. The book is a meditation on the meaning of self, and a metaphor on the fear of self. The protagonist is the “young man next door” who works in the coffee business. I had a good friend in Minneapolis who did just that (he was straight and liked to try the local comedy circuit), and could tell you how cutthroat the business is – particularly on the Skyway. Here, the setting could be Anywhere, but it seems LA-ish.

Of course, “you know the story.” Doubles of himself start showing up, taking his job, thieving his identity. He’s not sure if it’s schizophrenia, bad memory, bipolar, or someone really doing him in. He sometimes seems unclear about which home is his. Along the way there is some real fantasy fulfillment. Is he with an imaginary self or someone real? I might have written the intimate scenes with a different kind of sartorial detail, inasmuch as I have a couple scenes in my own novel draft (in third person) a bit like Christian’s p. 140. Clive Barker could really turn these kinds of scenes out in “Imajica,” even when the partners were aliens or beings with ambiguous and bending gender.

Of course, here is where the “gay” part really matters. I have the impression that the protagonist, as much as he claims he likes himself, is self-indulging in “upward affiliation,” a kind of narcissism that George Gilder used to write about in the 80s in his bashings on “the perils of androgyny” (as in his 1986 these “Men and Marriage”). He would like to be affiliated with, or perhaps possess (I’m not sure which) a man who is as perfect as possible, before having his own family. He wants to become his own “god” before taking the dive. Then, it’s perfectly safe – except that you wind up in a world with “children of Men.” The problem comes if he is asked to stick his neck out, and take responsibility for someone else (perhaps a dependent, perhaps by having children), just “as he is.” In the epilogues, the author makes points about the Internet, which he fears has the potential of forcing more social conformity.

There are some other youthful “coming of age” novels in the gay area. One is Joe Babcock’s “The Tragedy of Miss Geneva Flowers” which, at the age of around 22, he self-published on his own “Closet Case Books” imprint in 2002, in Minneapolis (while I lived there. I see that the book was republished by a major New York publisher, Carroll & Graf (check amazon). That book is written in the first person, with character Erick Taylor, who befriends a drag queen with stage-name “Chloe” (I remember this book whenever the character by that name appears on “Days of our Lives” and torments Philip). The book has a curious mixture of Salinger and Stephen King in its style (there are some nightmares), and some cutting comments about the fear of growing old while liking only youth (the old “Oscar Wilde” or “Dorian Gray” problem).

I’ll also provide a link to chapter 1 of “Dan’s novel.” The chapter is called “A Boy’s Best Friend.” I read the entire manuscript in 1997. In fact, I had a copy with me as I moved from northern Virginia to Minneapolis to start my life there after a corporate merger and after publishing my own book. I kept it in the front seat of my car. I got stopped once leaving Chicago but the officer saw both books (mine and this one) and let me go. I had finished about the first two-thirds before starting the Labor Day weekend move, and I remember finishing reading the entire book at lunch in a "family restaurant" in Madison, WI on Labor Day (on the “isthmus”) and being quite moved. I’d love to see the book surface in full, whether self-published or not. (I add, that in 1994 there had been a specific moment of epiphany, in a similar restaurant in Colorado, when I decided to write my own book.) It would make a great indie movie. I don’t think there’s anything negative about Strand Releasing, is there, with its Ayn Rand-looking trademark. (“Loggerheads” is a pretty ambitious film, and so is “The Yacoubian Building”). Maybe one or more of these books will show up in film in its catalogue some day.

My own (unpublished) "novel" has the tentative title "Brothers Simple," is in kind of a sonata structure with three "movements," is about 140000 words (too long; it needs trimming), but it presents two "friends" who rather parade as "brothers" but become more like "lovers"; one works for the CIA and the other is in the "military" (sort of) -- not exactly disciples. Awful goings-on will happen to the country, gradually, "as the world turns"; and they become a sort of tag team in the spirit of "Sam and Dean" (Supernatural). I don't know if I should give too much away on Blogger (or Wordpress, for that matter), but I need to get it cleaned up and submitted to agents. (An agent has seen some of it, when it was to be called "Tribunal and Rapture" and I do have some critique.)

March 13: Check this discussion about novelist James Patterson's "factory" (toward the end of the posting). None of the novelists on this page (nor me) would write novels with anything like a "factory." We have egos.
Posted by Bill Boushka at 5:06 PM