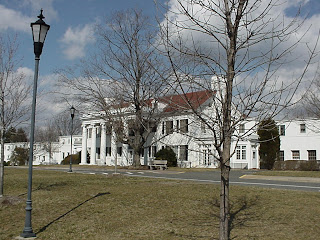 This book has a spirit similar to that of Al Gore’s “The Assault on Reason.” (Review.) The author calls herself a conservative, and perhaps so in that she does that a hard-headed approach to the importance of facing facts and realities, in understanding the world around and in making public policy. Things change, and policies may have to change, and special interests are indeed willing to subvert the freedom of others. She gives a thorough history of American philosophical thought, connecting the trends to major historical events.

I would restate her basic point with an example of my own, that she did not herself specify. Back in the early to mid 1980s, the gay male community was forced to deal with that reality that a pandemic had arisen rather suddenly and that the number of cases was doubling every six months, with cases and deaths accumulating exponentially. Pretty soon there was an announcement of a causative virus (eventually called HIV) and the availability of an antibody test. The gay press was filled with denials, of the idea that a single virus could be the cause, and the calls “don’t take the test.” There was, even in some well known gay publications, some “junk thought”. There may well have been some junk thought of another kind in the religious right, with predictions that a “gay disease” would, when “amplified” spread by various “chains” to “normal” people. All of this was well covered by Randy Shilts in another famous book from St. Martins Press, “And the Band Played On.”

In fact, to some people with a good sound knowledge of biology, geography, culture, specific behaviors, virology -- and trained to apply concepts in mathematics (mostly exponents and logarithms, the way you study them in Algebra II) -- the evidence seemed overwhelming that a novel virus (perhaps one that had jumped from animals to humans) had to be the “cause.”

You can take the facts about Spanish flu and avian influenza and try to analyze them in a comparable way. The facts about the epidemiology are quite different, and so are the cultural connections. The conclusions are not in, but one thing is clear: we are not working as hard as we should on vaccines, and we could be in for a economic cataclysm.

Now you can look at global warming. The facts seem overwhelming that mankind’s activities are having a disproportionate effect on the climate of the planet. It’s also true that, over long periods of time, natural astronomical changes might dwarf what we do on earth. Still, it seems absolutely essential that we stop spewing greenhouse gases into the atmosphere.

Jacoby talks about anti-intellectualism and anti-rationality as if they were distinct (Justice Scalia she accuses of anti-rationality). The later seems to have to do with making up canards to support pre-conceived social, political, moral, or often “religious” positions. A sound intellectual world depends first on collecting, knowing, accepting and recognizing the correct facts. It also depends on reasoning logically on these facts (with the kind of mathematical precision that proving theorems in plane geometry is supposed to teach you), analyzing, and coming up not with preconceived conclusions but with a reasonable sense of the consequences of any course of action. It’s the bit about “definitions, axiom, and theorems.” It’s homework. No wonder some people resist it. (I can think of an example: Maggie Gallagher, herself a notorious “conservative”, recently wrote that young people pay into retirement and health insurance funds now supporting older people now so they will be supported later. Logical and correct. Then she says, “try running on that.”)

There are a lot of specific historical circumstances that contribute to anti-intellectualism. Slavery and the economy of the south at one time provide one early force. Then the particular way the notion of church and state evolved in this country helped contribute to the idea that people really needed the comfort of religion, and the security in appealing to authoritarian sources for basic ideas about right and wrong. In the 50s, the post war consumerism and hucksterism led to the commercialization of knowledge, with the metaphor of the encyclopedia salesman. With television and popular music, we gradually developed a taste for gratification and confused the visual and aural stimulation of entertainment with the real brain value of organized information or literary art carefully written, edited and published, and studied by the student or consumer with enough time for real contemplation. (Remember how Wordsworth wrote that poetry should give pleasure?) The Internet age, while democratizing the ability of people to participate on their own and to self-publish cheaply, has shortened attention spans to the point that letters, books, and even plain conversation take too much time and effort.

Still, another overriding fact remains. More history has elapsed, and as other media stories indicate, many teens and young adults simply don’t know enough facts to properly judge what is going on. (A typical discussion is here.

There is a fundamental group-think cause of anti-intellectualism. Most parents put a lot of pressure on their kids to learn to experience themselves as part of a family as well as individuals. That kind of collective openness is seen as an important psychological precursor to being able to have a successful marriage and parenting experience as an adult (but the correctness of that view is open to debate), but the side effect is to discourage some individuals from collecting and analyzing knowledge on their own without depending on the authority of familial or religious structures.

I come back to gay issues, because they do test the ability of society to deal with “rationalism.” The arguments about “choice” or “biology” about sexual orientation are confounding, without all the necessary conclusive facts, and force the thinker or writer to question the real psychological motives of the people making the “arguments.” The arguments against letting gays serve in the military, or letting gays marry or adopt children also seem to confound rationality, until one perceives the great extent to which some people see their marital experience as one that must exist in a public sphere where it demands the deference from and reverence of others.
Posted by Bill Boushka at 8:14 PM