Time: 1968: an attractive photographic memoir of a year that changed the world 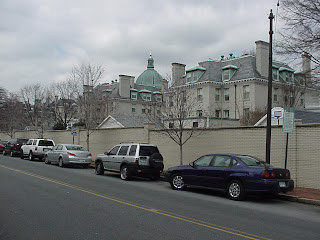 Time has a handsome red full-sized paperback “1968: War Abroad, Riots at Home, Fallen Leaders and Lunar Dreams: The Year that Changed the World,” 120 pages, heavily illustrated, edited by Kelly Knauer, with about fifty short articles on all kinds of events of that year that Tom Brokaw says is the most critical of modern times.

That is the year I went into the Army, “volunteered for the draft.” I enlisted for two years, and wend in Feb. 8, 1968, a Thursday, two weeks before the date on my induction notice. I thought I would get a “good deal,” even though the Army recruiter in Arlington warned me that 95% of the two-year guys got infrantry, 11Bravo, the Queen of Battle … etc. (you fill in the rest).

I did get a good deal, spending three months in the Pentagon and then 18 months at Fort Eustis (“Useless”), near Williamsburg VA, site of my expulsion for admitting homosexuality six years before. How ironic. I had gone from 4-F (psychiatric) to 1-Y to 1-A with three physicals, maybe the only person to do that.

The most important “moral issue” for me in those days, is who was made to sacrifice, and who was deemed more “valuable.” Back in the early 60s, JFK had wanted to defer all married men, and then there was a period of Kennedy Fathers. LBJ got rid of this, but student deferments stayed in place until the lottery in 1969, while I was already in, safely tucked away at Fort Useless. During the mid 60s, professors, even assistant instructors (as well as high school teachers, indirectly) might have life and death "power." Homosexuality was, in people’s minds, a character flaw that belonged to sissies and applied to men who didn’t “pay their dues.” That’s how we saw moral issues. It was starting to change in the mid 60s, and would cap out a year later with Stonewall in 1969, which couldn’t happen without 1968 first, right?

The book does cover that year with all its events: Tet, LBJ’s no run announcement, the assassination of Martin Luther King and the incredible urban violence to follow, RFK’s assassination, the “Medium Cool” Democratic convention in Chicago, the campaign with Nixon’s come-from-behind win election night. It covers a lot of other things, too, like Andy Warhol’s Factory and the attempt on his life by Valerie Solanas (“Scum Manifesto”).

But I remember that year so much in the moral issues of the day as I experienced them. I actually finished my MA and took my Masters Orals in January at KU (“you passed”), and graded the Algebra finals that I gave as an instructor while on a bus to visit a KU roommate in Western Kansas before going in. (There were some A’s. But I was a “hard math teacher” they said.) Then, life would progress through the induction station, a night in the Hotel Jefferson, a bus ride the next night to Fort Jackson, the Reception Station, all the routines of Basic, the infirmary, recycling into Tent City (Special Training Company, the military’s answer to special education), and pulling out of it, night infiltration, bivouac, basic graduation, then a stint at the Pentagon, then a mysterious transfer to Fort Useless. I do recall a 1972 book about the draft, Peter Tauber’s “The Sunshine Soldiers.”
Posted by Bill Boushka at 12:20 PM