National Geographic has subtle featured article on Neanderthals, "The Other Humans" 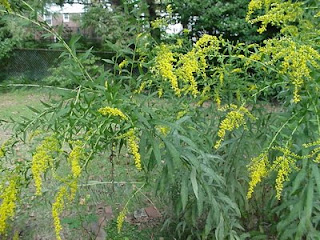 The October 2008 issue of National Geographic (to me, each issue seems like “a book”) has an important, well illustrated article on the Neanderthals. It is authored by Stephen S. Hall with photographs by David Liittschwager and some reconstruction art and photographs by “Kennis & Kennis” and Joe McNally. The cover title is “The Other Humans: Neanderthals Revealed” and the internal title is “Last of the Neanderthals.”

The article depicts Neanderthals as having lived in isolated extended family groups all over Eurasia, in colder climates, with eventual challenge from approaching ice ages. They had large cranial capacities, pale skin (for absorbing vitamin D) and perhaps red hair. They reproduced about three or four years earlier than modern humans. They are closely related genetically to modern homo sapiens, but members of different races among modern man are closer genetically than they were to Neanderthals. It is possible but uncertain that man and Neanderthal could have interbred.

The article poses an interesting theory as to why the Neanderthals died out and were replaced by modern humans (conceivably they could have been absorbed). There seems to be a bit of a lesson in anthropology in all this. Neanderthals were mostly carnivorous, and hunted together for large game. It appears that they did not have a lot of division of labor within their tribal groups, and women and children had to join the men for hunts.

Modern humans developed more varied diets, including plant foods, which we now think of as more healthful and possibly closer to what most other primates naturally eat. The variation in diet encouraged agriculture and experiments in technology, but most of all, some division of labor within the family. The overall end result may have been a longer lifespan and a community with more varied members. That could have given modern humans a “competitive” and “reproductive” advantage, especially in times of environmental challenge.

There is no evidence, however, that Neanderthals overworked their environment (as with the Maya, in an earlier piece).

This leads to good questions about diversity and a population’s sustainability. The questions sound like they have a “moral” nature. On the surface, this fable sounds like an argument for sexual division of labor and religious ideas supporting complementarity. To some extend it certainly is. But it could also be taken as a subtle indication that a wide variation of talent within an integrated population is good for the long term prospects for the culture. Conceivably that could include variations in behavior even within a gender. Most primitive and native cultures have had non-conforming people and behaviors. It would be good for someone to write a book or make a documentary film with modern research on this issue.
Posted by Bill Boushka at 7:04 AM