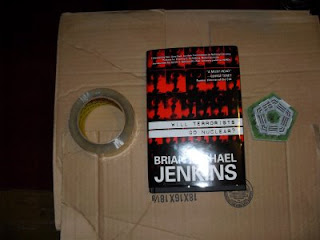 Back in 1969, as a draftee fortunate enough to escape Vietnam because of his education, we had a lot of spirited discussions in the barracks. Most of the men were well educated (I remember “Rado Suhl” and “FAM”) and becoming reasonably socially liberal. They probably remember me if they stumbled across this entry (I was “Chickennan who was everywhere). They resented the draft and the War perhaps, but they still felt we were a lot better off than everyone in the Commie world, where the rule was “… to each according to his needs.” Some of us knew about the 1967 film “The War Game” and the idea that we could wind up with a world not living in. Most of us, in 1968, felt that there was a better chance that Nixon would end the war (and the draft) and get us out of the Johnson-McNamara dominoes.

While in the barracks, I worked on a handwritten draft of a novel titled “The Proles” where a nuclear exchange, after some clues, happens at intermission, and then “the whole world goes back to the bay” (in the Army, that was a code word for having to do KP again). Everyone was reduced to the basics.

So, in the 1980s I wrote some novels where, toward the end, low level Communist operatives invade the country and set off plutonium dust in a few cities. The country breaks into chaos and becomes decentralized. The novels were predicated on a character like me following a super-ocelot figure to a re-education “academy”, where the clues of the incoming attack would appear. The superman did not have clay feet.

In the early part of the book, Jenkins recounts his own research into asymmetric threats as far back as the late 60s. Some of them were associated with Communism or the extreme left. Others were associated with religious cults. It was until the 1990s that the Chechen rebels were the first group to have access to radiological materials. Other groups, like the Japanese doomsday cult leader Aum Shinrikyo, tried chemical WMD’s. In general, there was often an ideology proposing a fixed, often patriarchal social structure, sometimes supposedly dictated by scriptures, where everyone owed his life to others in the group (or to God. Authoritarian social structures, as often argued in screeds or manifestos, can produce stability, maybe sustainability, but discourage individual creativity or self-promotion at the hidden expense to the group. Terrorists seem to extend the super-moralism of the radical Left of the late 60s, sometimes running around the horn into religious fascism. They seem to fear the emotional flexibility required for tolerance.

Jenkins talks about some of the specific technical controversies, like “red mercury” (associated with the neutron bomb) or the suitcase nukes. He has a good deal of skepticism about the rumors about these devices. (Nevertheless, an online copy of a chapter in my second book was hacked in April 2002 right where I started to talk about the suitcase issue.) George Tenet’s memoir books “At the Center of the Storm” from Harper suggest a great deal of ambiguity about the efforts of Saddam Hussein and Osama bin Laden in actually succeeding in getting nuclear materials. 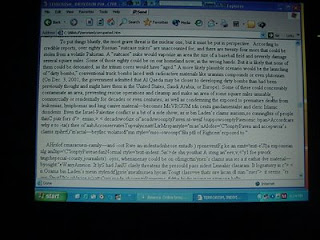 One of his strongest points is that the “terror” is inherent in the asymmetry itself, even if such weapons are never used. The terrorists leave no return address and presumably have nothing to lose. Deterring them is not completely hopeless, however, he says. They do have some incentive toward restraint. They are rather arbitrary, however, in what private citizens are “accomplices” and who really are “innocent”. They do tend to blame the victim.

But that may bring on the strongest point. Radical Islam especially has been able to take advantage of the instant news of today’s world to get attention. Starting with CNN and the news networks in the 80s leading to individual speakers and bloggers on the Internet today, media speakers have an incentive to get news distributed as quickly as possible. That enables the propagation of terror without actual events. A world where there is less social or political structure to the dissemination of information may, while offering transparency, a social good, work to the advantage of terrorists. Journalists could face ethical dilemmas in that, of they report everything, they could be serving the ends of the “enemy.”

Another input into the fireplace is fiction, which works both ways. Intelligence agencies may now call on authors to imagine potential weaknesses, but Jenkins raises the question if overly realistic fiction is informing future terrorists of subtle physical and even psychological vulnerabilities in western society, that is, "giving them ideas."

In the last section of the book, Jenkins has a chapter “A Bright Yellow Light” and he composes a simulation of a partial-ton crude nuclear detonation in New York City, with all the questions that would follow for the president. I have to admit that reading the chapter raised my blood pressure.

Jenkins argues that it is unlikely that an asymmetric terrorist group can bring down modern civilization as we know it, although there could be imposition of martial law (happening during the Civil War on and in Hawaii after Pearl Harbor) in some areas. He doesn’t mention the possibility of electromagnetic pulse from a weapon fired from sea to high altitude (possibly under the aegis of Iran), a threat proposed by Clifford May and others recently. Although it’s not clear this is really technically likely to work, it could knock out all electronics in a large part of the US. This, and a bioterror pandemic, could be the most dangerous possibilities we face.

The reader may want to check out the review of this book, the review itself called “Terror in Extremis”, by Robert L. Gallucci, link here, in The National Interest, Oct. 30, 2008.

Visitors will want to look at my older review of the 2004 book (Times Books) by Graham Allison, “Nuclear Terrorism: The Ultimate Preventable Catastrophe”, here. Jenkins approach, to make “terror” distinct from “terrorism” is probably more subtle. 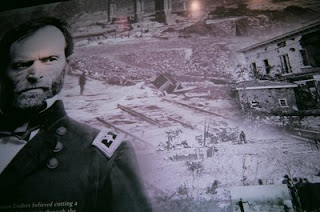