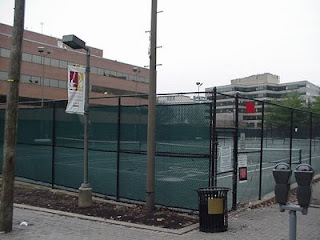 Recently CNN had a “your money” segment introducing the author of this “how-to” series, and it seems now that government could be one of the more promising sources of employment for many people. There are about 2.7 million civilian federal employees. Outside of military service, many of the opportunities are in areas like law enforcement, border patrol, corrections, regulation, intelligence, air traffic control, homeland security including airport screeners. Some of the jobs, like some of law enforcement, are a bit quasi military in nature and have maximum ages and have physical requirements. Many require security clearances and background investigations. But outside of the actual uniformed services, none enforce a policy like “don’t ask don’t tell.”

Government employment has evolved over time. Back in the 1960s, everybody filled out a green Form 171, Application for Federal Employment. I remember the “personal” questions on the last page about such items as Communist Party membership. My first wage-earning job was as a laboratory assistant in the rheology lad at the National Bureau of Standards, on the old grounds now part of the University of the District of Columbia. Though not covered in the book, it’s noteworthy that civilian civil service dropped the official “ban” on employing homosexuals around 1973.

Federal employment might seem like a patriotic endeavor in these tougher times. One could come out of early retirement and go back to work for the SEC or Treasury and believe one has something constructive to do with economic recovery.

It used to be that the Civil Service Commission (on E Street in Washington) had much more pursestrings on how agencies hire than it does now. There are about 13 cabinet departments and over 100 agencies. In the past, a written multiple choice test was required, and still is for some jobs. But it has become much more common for agencies to have the authority to hire on their own. Many of them use the USAJobs website, and a supplementary site to actually house the applications run by a company called AvueCentral.

The application process is called “examination” but it no longer usually requires a formal written test. Many professional jobs score applicant answers on essay questions called “KSA’s”, or “Knowledge, Skills and Abilities”. (or “KSAO’s” to include “other factors”). A typical job application will ask many general questions that seem to overlap, but they will focus on “knowledge” “skill” and “ability” and should be answered in detail from that perspective, even if some of the answers overlap. One should be as specific about past responsibilities, accomplishments and education as possible, in terms of what can be mapped to the government’s ideas about KSA’s.

“Remember, this is the federal government. You have to complete the paperwork to beat out the competition. Federal government jobs are rated this way to eliminate favoritism and to provide a level playing field for all those who apply.”

Some typical examples of KSA’s are

"Ability to communicate effectively other than in writing."

Sometimes if one applies in more than one GS grade range, the same KSA questions will be repeated for each included grade, but the answers may be rated differently within different grades.

Damp has separate chapters on special areas, like the United States Postal Service (which gives a written test including shape analogies and number sequences, as well as memory for addresses and zip codes). Homeland security gives as test for airport security screeners including a T-F personality test, but particularly a baggage recognition test which most people will not be able to pass without having had screener employment before or without specific training.

Here is a reference on federal KSA writing. The reference discusses the difference between a federal KSA and KSAO (which to me sounds like a "distinction without a difference").

USAJobs has its own link for tips on writing KSA's, and suggests quantifying accomplishments: "think money, think time" it says, link here.
Posted by Bill Boushka at 5:22 PM

First of all. Thanks very much for your useful post.

I just came across your blog and wanted to drop you a note telling you how impressed I was with the information you have posted here.

Please let me introduce you some info related to this post and I hope that it is useful for community.