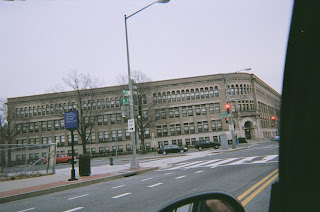 The Consumer Product Safety Improvement Act (H.R. 4040, 110th Congress, passed Aug. 14, 2008, text here govtrack reference to may result in libraries excluding children from their facilities or at least from children’s section. Taken literally, the Act would require testing for lead even in books if children can be exposed to them.

It’s not clear if the same interpretation could apply to children in mainstream bookstores or even mail order. This seems to be an unintended consequence.

Some self-published books printed with lower cost book manufacturers in the past could conceivably run into safety problems for stocking or when still in libraries. But the general impression among authorities is that this is a phantom problem.

DelmarvaNow (the Eastern shore of Maryland) has an article by Maren Wright “At the Library: Lead may close book on children’s rooms in Maryland”, link here. It was also reprinted today (Jan. 29) in The Washington Times on p A20.

Walter Olson has a story in Forbes, “Scrap the Consumer Product Safety Improvement Act”, Jan, 16, 2009, in three parts, starting here. The law was originally motivated by unsafe toys imported from low-wage China.
Posted by Bill Boushka at 9:49 AM