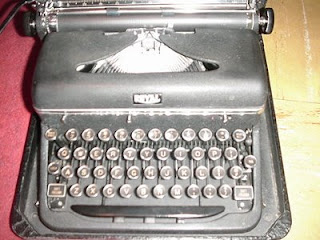 Today (Jan. 26, 2009), the Business Section of the Washington Post has a story about Orchises Press, a small press run in a home attic by a George Mason University English professor Roger Lathbury, operating in Alexandria Va. The website for the press is this. The story, by Ian Shapira, has the title “For Publisher of Literature, Printed Word Is His Reward: Professor Specializes in Poetry, Classics,” link here.

He publishes about three books a year, usually in January, and prefers poetry and less noticed classics. But recent changes in copyright law, extending the length of a copyright and delaying entry of recognized classics into public domain, has hindered some of his projects, a problem discussed in a book reviewed here Jan. 14, a work about intellectual property by law professor James Boyle.

The story discusses the operation of his niche business, especially with academia, and his special interest in editing and presentation. He still uses an old Royal typewriter. I happen to have the same typewriter (I think, shown in the picture), dating from the late 1940s; mine has elite type, but I typed many high school themes on it in the 1950s.

His business was founded in 1982, just as typesetting and desktop publishing was beginning to advance, a subject of some controversy in its day. Writers Digest then, of example, used to recommend that writers buy computers specifically designed for word processing. Things would change much more rapidly than anyone could imagine.

Writers conferences nearly always cover the small press market, because "New York" trade publishers have tended to downplay "midlist" authors, even before the current economic downturn.
Posted by Bill Boushka at 8:42 AM