Bjorn Lomborg's "Cool It": A practical approach to climate change? 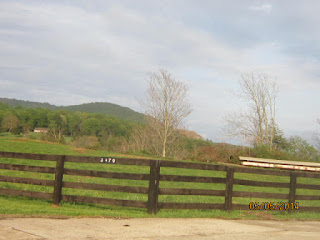 Lomborg is associate professor of statistics in the Department of Political Science at the University of Aarhus, Denmark, and has made numerous television appearances arguing for a pragmatic approach to global warming. He looks younger than he is (44).

The book is relatively brief, the main text ending on p 164, and it remains focused on getting practical results from energy policy: a higher standard of living for most people, relatively sustainably. He discusses some of the alarming data presented by Al Gore and others, the cap and trade and carbon tax proposals. He argues that most of these proposals would produce relatively little effect on eventual world temperature or little benefit, although he does favor relatively modest carbon taxes. He also goes into the international politics of the Kyoto agreement.

He also criticizes our style of thinking about many of our mega-disasters related to warming. Damage and loss from hurricanes and floods have a lot to do with government favoring coastal development, building not completely adequate levees but encouraging people to settle in risky areas (a problem in central California now as well as the Gulf Coast and New Orleans). He also questions the science between other proposals, such as how the Greenland ice cap's melting would disrupt the Gulf Stream and suddenly cause northern Europe to freeze, and references the silly "Day After Tomorrow" film. He has an interesting explanation for the numbers of the global warming "coal mine canary"-- the polar bear.

Instead, he (somewhat like Thomas Friedman) argues for relatively pragmatic investments that solve real problems. A good example would come from pondering the current financial crisis (much of which unraveled after this book went to press). Instead of inviting financial instruments to fool us into believing we could afford bigger houses than we really needed, we could have been investing in solar panels and windmills, or even electric recharging stations for future cars.

Another example I can think of could come from other environmental dilemmas. China’s policy of building dams and developing hydroelectric power sounds right for climate change, but it may have contributed to the 2008 earthquake in its mountains.

He is somewhat critical of the Intergovernmental Panel on Climate Change, IPCC. He mentions the talk that people, in order to achieve sustainability, need to “localize” their lives, give up most travel and global interdependence. (This was the viewpoint in the recent “End of Suburbia” films.) Such talk often seems “politically” or, more correctly, psychologically motivated by a desire to set up local power structures demanding loyalty from others. In this line of ethical thinking, people must view themselves as members of families and communities, loyal to leadership, before they can experience themselves as individuals. It is a disturbing notion that the scare talk on climate change can bring back.

Liza Mundy, a Washington Post writer living in Arlington VA, has a "small book-length" article about her family's own home experiences with conservation in the Feb. 15, 2009 Washington Post Magazine, on p. 8, "Can One Household Save the Planet? No, but the planet can't be saved without it," link here. She points out some interesting observations: CFL bulbs have sometimes failed early (they have for me) and sometimes don't work in all sockets in some older houses, without some professional rewiring. Eating locally grown produce does not always reduce energy consumption: a truck bringing produce from New Jersey to Arlington might use more energy per ounce than a train from California. She goes farther than Oprah Winfrey's cloth shopping bags to say she uses cloth napkins at home when setting the family dinner table. She says that about 37% of our carbon emission is under control of consumers.

The Washington Post, on p A03, Sunday Feb. 15, has an important story by Kari Lydersen, "Scientists: Pace of Climate Change Exceeds Estimates," link here. There is a lot of discussion of "feedback loops."

The March 2009 issue of National Geographic has a cover story "Energy Conservation: It Starts at Home," p. 52, by Peter Miller with Tyrone Turner, link here.