Book Rights Registry and Book Search Settlement Agreement: some remarks and observations (mine, that is) 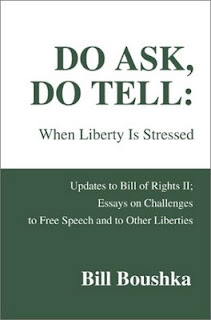 There is a lot of discussion about the settlement regarding the Book Rights Registry as a solution to the issues posed by the Google Book Project. The Registry is a component of Google Book Search Settlement Agreement with the Authors Guild, the Association of American Publishers, and some other authors and publishers. The major link is here and the text of the settlement, with all of the legal documents, can be downloaded conveniently from this link.

There is a philosophical piece in New York Books by Robert Darnton, director of the Harvard University Library, here, an essay that discusses the tension between two public goods: “the diffusion of light” and the reasonable economic incentive for content creators to create and publish their work. The end result, the professor says, is an “accidental monopoly” of access to information. He points out that, up to the Enlightenment an even afterward, access to literature was still primarily a privilege for the rich or well-connected, and that literature did have an influence on political matters (a “Republic of Letters” became a “Republic of Learning.” He thinks that the monopoly is benevolent (not like Stationers' Company in London and the booksellers' guild in Paris, he says). But we should have done better. We could have created a National Digital Library, something akin to the ancient library at Alexandria, Egypt.

James Grimmelmann has an essay “How to Improve the Google Book Settlement” online in a PDF here. This is a draft of an article to appear in the Journal of Internet Law (some extracts available at “Access My Library” here. Dr. Grimmelmann is a New York Law School professor and at one time interned at Electronic Frontier Foundation. He requests that anyone citing his article also cite his publications list, here.

At this point, I have to punt and refer to a very effective summary of Grimmelmann’s points (some dealing with monopoly or antitrust concerns) already provided at Electronic Frontier Foundation by Fred Von Lohmann, here.

Rather than re-paraphrase the summary, I’ll go on to my own perception of all this, which is probably what matters most to the contributors of these two pieces.

I do think that author income and compensation is a real issue for people who depend on writing for a living. But the business circumstances under which people write and publish today are so varied that it is almost impossible to make useful generalizations. I noticed this up to ten years ago (while in my “honeymoon” period of life in Minneapolis), after self-publishing my first two books (“Do Ask Do Tell: A Gay Conservative Lashes Back” and the little supplement “Our Fundamental Rights” a year later. I had a little income from these, but not much; I was still working in information technology as an individual contributor and depended on that for salary and benefits. I had very different circumstances from other people, as I found out as I networked with groups like the National Writers Union. I was naïve about their expectations in the beginning.

My own entry into self-publication was motivated by a wish to make an unusual argument regarding the “don’t ask don’t tell” issue and then all the other social issues that link up to it. My own personal circumstances were such that I felt that a bit of “notoriety” on my own part would affect the debate, and I honestly think that it has. So any development in the software industry and surrounding legal environment that encourages free entry and the free display and searching of information was favorable to “newbies” like me having an “influence.” In time, as shown on my other blogs, I became involved in litigation against the Child Online Protection Act of 1998 (COPA), because I saw that as a particular threat against free entry. I got to network with the folks at EFF as much as those at SLDN. I’ve even already had informal discussions about all of this with some in “Tinseltown” and I think that this can go somewhere.

But much more typical are situations of authors who, for example, ghost write for others (I guess I could do this, but haven’t tried, yet), or, particularly, novelists who make their careers at B&N, Borders (Amazon, not so much) and in the supermarkets and CVS paperbook stands, and who fear that their careers end if they become perceived as “midlist” novelists instead of the bestseller, Stephen King or Nora Roberts fame. The current economic climate is probably not good for them.

And there is the whole world of non-fiction public policy books written largely by celebrities or by authorities who have made their marks in specific fields (such as finance). The trouble with books about the Bailouts and the Crash of 2008 (and, yup, those credit default swaps) is, of course, that they very quickly become passé with time anyway. So the long term interest of both the public and writers probably a favors a balance toward putting as much in a Public Commons as possible.

A book, James Boyle’s “The Public Domain: Enclosing the Commons of the Mind", reviewed on this blog Jan. 14, 2009 has covered many of these same points.

My second DADT book “Do Ask Do Tell: When Liberty Is Stressed” (2002) takes up self-publishing in Chapter 9, with the free view text link here. See, I’m quite willing and eager to have others find my content, even if it is displayed for free viewing. Like most writers, I have a “normal” understanding of fair use. I expect attribution, but not plagiarism.
Posted by Bill Boushka at 11:16 AM