Mike Jones: "I Had to Say Something: The Art of Ted Haggard's Fall" (review) 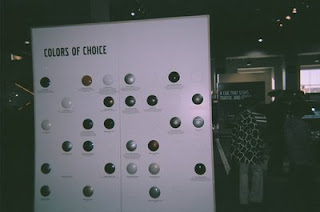 Recently, HBO aired a short documentary “The Trials of Ted Haggard” (my movie review link is here), and this book by Mike Jones tells the bigger story. Here, Mike tells the story of his own life and career as a male “escort” in Colorado, with his repeated contacts with “Art”, who he would one day discover to actually be Ted Haggard of the New Life Church in Colorado Springs. That would happen through television (with the help of the History Channel) followed by the Internet. He would be particularly angered by Ted's own statements, that even if gays were born, they had an obligation to remain silent and abstinent, second-class citizens at the behest of "God" (really, at the behest of their biological families). Ted's statement, as quoted, resembles the Vatican's (which Mike discusses).

Mike’s story makes the entire picture make much bigger that the film about Haggard’s life after his exposure, and the book would make good indie film. He talks about his psychological gender non-conformity, but nevertheless he discovered body building as a teen. Around 19, he discovered, by accident, his “market” which evolved as he became a young man.

The book describes his business quite graphically. He had cancer patients, a ninety year old man with amputated legs, military men, and priests as customers, both in and out. Body shaving or clipping was routine for him, and he sometimes gave customers advice on “grooming” (which would probably result in a tip off for their wives for the married ones – which so many were). He describes one encounter where he avoided a possible police undercover setup. He also describes an inappropriate approach to him by an unnamed Colorado teacher (when he was in high school) followed by events at the teacher's house: he says nobody talked about it then and blows it off as innocent. I recall occasionally stories of teachers getting busted in the 60s, but it seemed to catch the public attention around 2005 suddenly with the "infamous" NBC Dateline series.

The story of his interaction with Art is intricate. He says, starting on p 62, that Art asked about and then apparently brought methamphetamine and sometimes used it (or at least it seemed to be meth; Ted Haggard has always denied that he used any illegal drugs). The meth use comes up at least a couple more times in their encounters.

He agonized over his decision to go to the media, and he contacted several sources, with whom he worked back and forth. It was no longer big news for a pastor to be gay, but he gradually convinced the media to go into this seriously because of Haggard’s hypocrisy. Much of the media reluctance or convoluted action relates to their need for strict fact-checking and to journalistic standards. He admits (and was warned by media) that there could be grounds for prosecution of either him or Haggard, but apparently nothing has come of it, and it’s hard to say what the standards of evidence would be for meth possession.

After he went public, he had no income at all and had to command the generosity of others, at least until he got the book deal and more public attention. It’s not totally clear what his circumstances are now.

Amazon shows the book as "in stock" now but when I ordered it (in very early February) I had to wait over a week for it so ship.
Posted by Bill Boushka at 8:13 PM