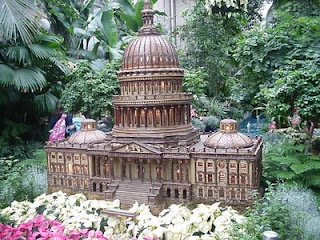 The controversy regarding lead in books, particularly children’s books, has come back, according to a story by Michael Birnbaum in the Washington Post, Health Section, p. F1, on March 24, 2009. The title is “Book dealers told to get the lead out; libraries resist ban on potentially toxic books”, link here.

The Consumer Product Safety Commission has banned the resale of children’s books printed before 1985, because of the miniscule threat of lead in paint in the books, which was stopped from use in 1978. However, the Commission says that it cannot presume that use stopped entirely in book manufacture until 1985.

The CSPC has numerous recalls of children’s books in its records; a typical one is here.
Posted by Bill Boushka at 11:56 AM