Academics object to Book Settlement on orphaned works, despite probable boon to research 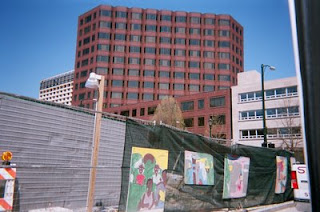 I see that I covered the Book Settlement on this blog Feb. 3. What is apparent that the number of orphan books that can be scanned and catalogued online, at least for researchers, will be very great, and create a mass of literature and reference material that could change the outcome of many things that we delve into all the time – ranging from blogs like this to Ph.D. dissertations (that will definitely use them). At it seems that no other company, except maybe Microsoft, is close to being able to make competitive counter-effort. Despite the obvious boon of this effort to academic research (especially in humanities, where the standards of proving assertions are a bit Hegelian, at least according to friend I made in Minnesota) it’s academia that worries about a monopoly on the effort.

The orphan works are those for which the copyright ownership has expired or is sometimes unknown.

This story seems to continue.

Fred van Lohmann of Electronic Frontier Foundation has an analysis of recent developments. Of particular importance is privacy for readers, which the article points out exists in the off-line world by citing a 2002 case in Colorado where police tried to get the purchasing records from an independent bookseller (Tattered Cover v. Thornton, link). The link is here. The DOJ is looking at the settlement from an anti-trust perspective.
Posted by Bill Boushka at 12:42 PM