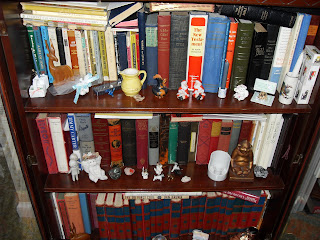 On April 13, ABC Nightline presented a story about the 60th Anniversary of Canadian romance novel publisher Harlequin Enterprises, which sells 130 million individual books a year with 1200 new titles. Earnings were up 32% last year.

Martin Bashir talked to Harlequin CEO Donna Hayes at their powwow in Toronto. When asked how there could be 1200 new love story plots a year, she said that every romance is different, even in real life.

It’s true, Harlequin is the ultimate “genre” book publisher. Some of its authors (usually women) turn out 10 books a year. It sounds like assembly-line writing. Compared to the world of vanity publishing where authors turn out their own quirky works, genre sounds like it is incredibly profitable, sometimes, especially during bad times. One secret, every story has a happy ending.

The books are inexpensive, about 5 bucks a piece, and the genre doesn’t have a good reputation for “creativity” or “literature” among the writing world. Well, one of the pieces of advice, though, is “write what other people want”. Nobody cares about “your opinions”, so the advice goes.

Romance does rise to literary heights. Some people call Margaret Mitchell’s “Gone with the Wind” a bloated "Harlequin" romance, but most of us consider it a classic of literature – a story about privilege and class, and of having it taken away by war, by a demand for redistribution – and then getting it back again, almost.