Joshua Cooper Ramo: "The Age of the Unthinkable": My take: Pay your dues! 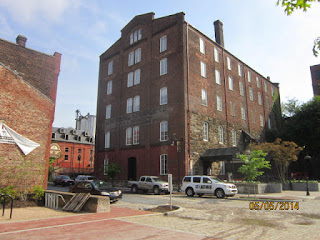 Fareed Zakaria had the author (Ramo’s own website) on his CNN Global Public Square show today (Easter Sunday, April 12, 2009) and the author spoke only once before the show was cut off by breaking news about the piracy situation off the coast of Somalia. But I suppose the piracy emergency and kidnapping is just one example, perhaps a relatively small one, of the kind of even that Ramo is talking about, something that comes about that we did not anticipate well in the past, and that we don’t have organized “systems” to prevent or handle. (Actually, this particular event turned out well.) Zakaria had recommended the book two weeks ago.

Ramo is managing director of Kissinger Associates. A very quick search finds a very strange idea of “online reputation”, best described here. The company is a global think tank that seems out of the amateur eye, although that observation doesn’t quite mesh with what Ramo says in the book. Ramo is also an accomplished Mandarin speaker and expert on China.

Ramo’s basic thesis is that the world economy and technology grow with such asymmetry and unpredictability that traditional systems of government and business cannot prevent systemic risk and shocks. The most recent example – the financial meltdown in 2008, is but one example, and most of us would be shocked that one insurance company, AIG, could practically take down a global economy. But isn’t really about a company or a political system, it is a kind of mathematical unboundedness or divergence. My own take on the financial crisis, of course, is that all the mathematical models in the world did not replace common sense (with regard to substandard mortgage lending): you can’t get something for nothing (which is why, as a retiree, I turned away phone calls inviting me to become involved.)

There are many other examples of sudden collapse, often related to rapid changes in technology, demographics or modes of living. The oil shocks of the 1970s, the AIDS epidemic, the dot com implosion, the school attacks, OKC, 9/11, the SARS epidemic along with Spanish flu and feared avian influenza pandemic, global warming, Katrina, the tsunami, and widely rumored Internet implosions are just a few (for the "unthinkable", how about a possible EMP attack, a scary idea floated last year by the "right wing"?). One of the largest, I personally think, is demographic: not just social security, but the way the very rapid expansion of lifespan along with lower birthrates in some populations is going to force us to rethink the meaning of “family responsibility.” But actually, these shocks go back into history, even if at higher political levels. World War I and the rise of Hitler provide examples (as do nuclear weapons and Truman's decision to use the atomic bomb in 1945). Most of the time, the changes are traumatic but transformative in the long run. Think about the changes that resulted from the printing press, 500 years before the Internet.

The book’s eleven chapters are divided into two parts: “The Sandpile Effect” and “Deep Security”. The Sandpile Effect, proposed by Danish physicist Per Bak, sounds like more philosophy than physics, but it reflects the notion that most systems inherently turn out to be “houses of cards”: like a kid’s sand castle, add one level too many, and the whole thing suddenly collapses. An associated idea is the “mash-up”: for example, China is a “mashup” of communism and the sudden value of the profit motive (odd bedfellows indeed). I can think of another mash-up: gay rights and libertarianism (even objectivism), a combination that developed in the 1990s, only to stall as the gay marriage movement gained steam. “Deep Security” is connected to a notion that Ramo calls “resilience” (rather than “resistance”). He gives the example of how Hizb’allah has integrated itself into Palestinian and Lebanese society, maintaining its infrastructure (particularly the physical plumbing).

I think an important concept is asymmetry, a notion that says that an individual may have a disproportionate influence on society in comparison to his available capital or even social or political status according to traditional ideas of family or hegemony. The Internet has provided a lot of this (as did instrumentalities like cheap air travel in the generation before), and this is, to my way of thinking, a matter of society developing a second topology: if it’s measurable, it certainly has a much more compact measure, and new ideas of “continuity.” Ramo relates the story of Seattle Internet programmer Dan Kaminsy, who discovered (on his own) a dangerous flaw in the Internet’s DNS (domain name assignment) management system that hackers could have subverted. A voluntary effort involving Microsoft and a number of other major companies, and security experts (even from Finland) got together to put in a major “patch” in July of 2008 – in time for Conficker it seems (hope your own computer got all the necessary updates!) This was done by individuals and private interests – the perfect libertarian-style solution that would have pleased the Cato Institute. (I had written about the DNS security problem last summer, here.) Kaminsky’s self-discipline reminds one of the dilemma faced by Heisenberg and Bohr, who needed to keep their insights quiet and out of Hitler’s hands, as demonstrated in the play by Michael Frayn and the film “Copenhagen” (often shown to AP chemistry and physics classes in high school – especially when I was substitute teaching!) I think that the sudden explosion in "online reputation" problems and the ethical quagmire that they create gives another good example of Ramo's thesis. Another example is Internet "implicit content", relative to the situation of the amateur speaker, particularly relevant with "fiction", discussed in the previous book review posting on this blog (Roy's book).

We get down to “what we can do about it”. A hint comes from Brazilian philosopher Roberto Unger (p 245; italics added):

“The universal principle must be established that every able-bodied adult must in the course of his life hold a job in both the production systems and the caring economy and participate in some part of his working life or working year in the responsibility of caring for the old, the young and the infirm beyond the limits of family.”

Ramo adds immediately, “Unger is right.” The concept certain rewrites our modern, hyper-individualist idea of "personal responsibility" and migrates toward the moral thinking of most religious faiths. Imagine (and this is my projection) the way this idea (which sounds a bit like universal national service but is much more profound) meshes with the debate on gay marriage – one realizes that proponents of gay marriage envision the right results but (except for Jonathan Rauch, perhaps) make only superficial, statist arguments.

Ramo likes the productivity of spontaneous, individual innovation and contribution, and says that it generates new “caring economic principles” – with Wikipedia as an example, which he says smooths out the traditional idea of economy of scale. But it’s also important that every individual have legitimate social connections with others, and that’s where it is so testy. No, Ramo provides none of the traditional argumentation about family values (other than some brief mention of Confucian notions of “context”), but it’s obvious that they have to matter, but perhaps have to be much more flexible than today’s. “Without love”, people can create dangerous paradoxes and make enemies it seems, and get out of control, and so can whole countries (as did Germany, with Ramo providing an allegory in discussions of a controversial “narrative” painting by Anselm Keifer). His last chapter is called “The Revolution and You”, and his last sentence is “this age, what does it demand of me?” I could say, “Pay your dues” (not just “pay your bills”) but it’s more than that. It's not about justice so much as it is about community. You could say that it's about "generativity" as a requirement of everyone. Socialization really does matter. 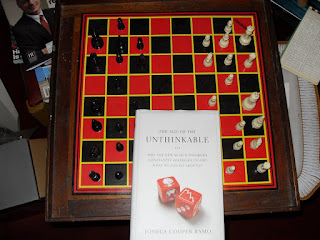