E-readers raise concerns about book piracy (believe it or not!) 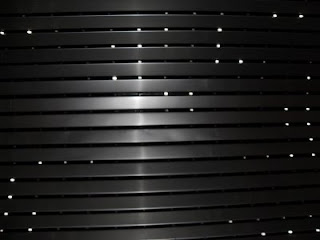 Mokoto Rich has a story on the front page of the Tuesday May 12 New York Times about potential piracy problems in the print world, based on e-books. The title is “New Target for Digital Pirates: The Printed Word,” link here.

Rich starts his story with the experience of science fiction author Ursula K. Le Guin (“The Left Hand of Darkness”) who found illegitimate copies of her work on Scribd. (I already have a hardcopy paperback of the Scribd featured book by Virginia Morris, “How to Care for Aging Parents, A Complete Guide", Workman Publishing, 1996, ISBN 1-56305-453-3, written well before the issue was understood to become the exploding demographic problem that it is today.)

Another site discussed in the article is Wattpad.

The problem seems small compared to music and movies, but book publishers and some authors are becoming concerned. “Harry Potter” or particularly the “Twilight” series by Stephenie Meyer, stories by Stephen King, and other books of great popularity sometimes make attractive targets for ebook “piracy”. The “for Dummies” series (of Wiley – a real trademark) has often been illegally copied (perhaps the “Idiot’s Guide” series would be too).

Company policies would forbid uploading of copyrighted material, but enforcing the policies probably is difficult, and starts with receipt of a complaint.

Self-publishing services could conceivably be compromised, as all offer publishing contracts requiring authors to warrant that their work is their own and requiring indemnification in case if litigation and judgment. But the experience with self-publishing is that the overwhelming majority comes from authors who want to see their own work published, or want to reissue books out of print.

Amazon’s Kindle product does not seem to be directly involved, although it may serve as “inspiration.” Back in 1999, one of the COPA (Child Online Protection Act) plaintiffs had copinvested in an ebook technology called “SoftLock” which was thought to be covered by the Act. There were other ebooks (as from Barnes and Noble) in the late 90s that were not that successful commercially. It’s still nice to have a Nevil Shute paperback when on the beach (pun intended).

Picture: "UFO interior" in the passageway at the National Gallery of Art, Washington DC 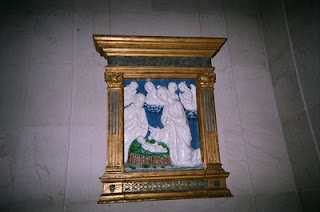 The New York Times reports, in the Business Section, on p B6, in a story by Brad Stone, "Site Lets Writers Sell Digital Copies," link here. It's about Scribd.
Posted by Bill Boushka at 3:56 PM